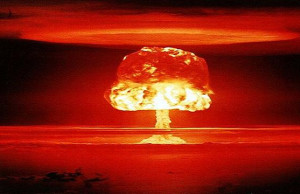 Malcolm Gordon, in our last episode, found himself roughed up by the feds, after Bert Sugar sold him out over his exposé of the WBA’s practices and the corruption of boxing that had traded the machinations of Don King and Jose Sulaiman for the United States government and the NYPD.

Trouble was, investigators couldn’t pin an actual charge on him; when he was to be arraigned on extortion and intimidation charges, everyone involved had to admit that a manuscript for a boxing article wasn’t going to stick with a public that, outside of New York City, simply wasn’t interested in making a political prisoner out of a guy whose only crime was reporting the utterly obvious—if anyone didn’t know boxing was a sucker’s game rotten to the core, that person was probably the same sort who believed that professional wrestling was exactly what kayfabe said it was.

The feds, with no other choice, let Gordon go…and from the moment he got back out on the street, Flash got right back on his crusade, this time keeping it in media that had no stake in the boxing business.

The government, left without much choice, sent in the army. Images of martial law circulated, and the rest of the world took notice. To observers from Western Europe to the USSR to Japan, it looked like the United States had finally lost its collective mind. The brutality in quelling the riots, and the occasional loss of control by the odd racist soldier in this Army that had seen morale decimated by Vietnam leading to plenty of execution-style murder in the streets, all over what in theory was just a boxing match, caused President Carter to stand up and take notice.

What’s more, Brezhnev’s propaganda coup led to a new McCarthyist movement convinced that the sport of boxing was in league with the communists. Scarcely two weeks previous, the Congressional elections suggested that the public in New York was fine with everything that boxing had brought them.

On the 21st of November? Three Mile Island wouldn’t go off for another four months, but the landscape was plenty radioactive. President Carter issued an executive order calling a halt to all boxing events in the United States until further notice; the upcoming welterweight title fight between Roberto Duran and Wilfred Benitez was moved out of Madison Square Garden and relocated to Mexico City, and many other high-profile fights looked over borders; several events were scheduled in Toronto and Montreal, where US TV outlets could still get hold of them. Arenas and promotional outfits lost millions.

In a courtroom in the nation’s capital, Don King had an appeal heard; the political mess in Cleveland had led to a surge of demand to free their local hero, and one prisoner with no wider connection to crime—at least not anything that could be definitively pinned on him—held over the matter of a sports scandal was a small price to pay to placate the masses. On appeal, King’s 1977 conviction in connection with the WBC affair that had started this entire story was overturned; at the same time, Jose Sulaiman was quietly returned to Mexico, where along with several Latin American boxing authorities, he set about reforming that which had been taken from him; the New World Boxing Council, which would shortly thereafter drop the “New” from its name and take up the mantle of the old WBC, with Roberto Duran as its first champion at welterweight (after Duran beat Benitez by a controversial split decision). There was, for the moment, one champ per weight, but it was no longer under the monolithic control of one organization.

In Paramus, New Jersey, several boxing executives, seeing the writing on the wall and knowing the WBA might be, if not in jeopardy of its own existence, at the very least disgraced, decided the time was ripe to strike; they would pass themselves off as crusaders and a new breed free of the taint of the WBA’s shattered reputation. What’s more, they would do a better job of involving European fighters, who had seen themselves, middleweights aside, largely shut out of the championship process by a group with its hooks in the United States and with a connection to the US government.

Against this backdrop of internationalism, they codified it into their name, calling themselves the International Boxing Federation. Four years ahead of schedule, the IBF began sanctioning fights and crowning champions.

Of course, all this meant that boxing had been Balkanized; attempts to consolidate power have a nasty habit of being undone by the evil men who initially stand to gain from the formation of the cartel, but larceny abhors a vacuum. Business would go on as usual, a violent snapback to the prime timeline the end result. Even the WBA soon enough recovered its reputation, the allure of the belt for its already existing champions too much to pass up; after all, title lineages still went through the WBA. It would be a few years before that deck was fully shuffled.

You live by the sword, you die by the sword, and Mike Leary, whose machinations in the service of the murder of Muhammad Ali were ultimately responsible for the entire direction of the story, his actions having caused riots and the disgrace of the United States on the world stage?

He was, very literally, taken out back and shot. The government disavowed all knowledge of his very existence; he became an Orwellian unperson, no different than if he’d been caught as a spy overseas. Panama Lewis was dead, Mike Leary was dead, and the Russians had their fun.

In tabletop role-playing games, there is a saying that exasperated game masters use when the players have pushed them to their limit, and it is with these words that we end our tale:

We’re taking next week off; your columnist has some personal business which must be attended to, but we’ll be back on August 12 with a new series: “What If George Foreman Never Retired?” Consider it the heavyweight consolation prize for this series.

So what did you think of the way this ended? Skewer me in the comments below, and don’t forget to tune in Friday for your regular installment of Historical Fight Night, right here on the Boxing Tribune.