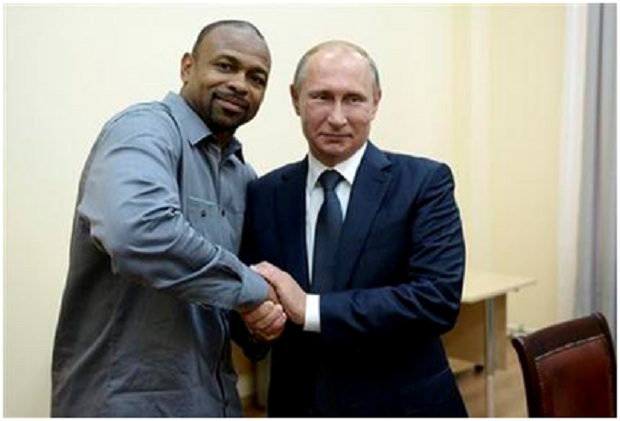 Oxymoronic, outrageous, and even revealing comments and events continue to stain the already soiled boxing landscape.

Deontay Wilder: “I know Duhaupas is tough and he comes to fight and that’s exactly what we need.”

Sugar Shane Mosley: “I Choose to Fight. Dogs Don’t. Dog fighting is for Cowards. Don’t Do It… My opponents and I know that when we step into the ring, we choose to be there and that if we don’t come out on top, we can at least walk away,” says Mosley. “Dog fighting isn’t like that. … Dog fighting is dirty, it’s cruel, and it’s a loser’s game.”

Tony Thompson: “As far as me returning to action goes, I got to wait until someone gets brave enough to fight me,”

Johann “Reptile” Duhaupas:”This is a huge opportunity and I will make the most of it on September 26. Deontay is a good boxer, but I have the heart of a lion and the mental fortitude to handle anything in the ring.”

Mike Tyson: “I think she’s great and so awesome…It’s hard to stay cutting edge when you’re talking about a human being, but this is really cutting-edge stuff.”

Ronda Rousey: “It’s very humbling and I was just honored that he [Mike Tyson] would go though the trouble or go out of his way to watch me train,”

Conor McGregor:”Ronda would dismantle him [Mayweather] in seconds — 100%,”

Mayweather: “I’ve yet to see any MMA fighter, or other boxer, make over $300 million in 36 minutes…When she [Rousey] can do that, then call me.”

Roy Jones. Junior: “I know the Klitschko brothers have been itching to fight me, and it could be that this is there [sic] way of calling me out. So hey, if Vitali or Wlad want to settle this over a friendly sparring session for 12 rounds for the world heavyweight title anywhere in the world outside of Ukraine, including Crimea, they know how to reach me. Otherwise, this nonsense of Ukraine blacklisting me is a transparent attempt to politicize a legitimate business endeavor that we are pursuing with peace in our heart to help restore and build bridges between the East and the West.”

Ernie Draper: “Some of the foreign fighters who’ve come over and made silly demands. We might be in Manchester for the weigh-in and they’ll ask for a taxi to London. I remember when Mike Tyson boxed [Lou Savarese] at Hampden Park and he had a big entourage. One of them said, “We need some towels”. So I told him to go back to the hotel and get some. He was a giant of a man and he told me I should go and get them. I said, ‘I’m too busy… and what do you actually do with Mike Tyson?’ He walked away and that was that. He was just there for the ride.”

Adonis Stevenson: “…Kovalev was my mandatory challenger and his team never presented themselves at the purse bid. They chickened out and decided to sign with HBO instead of taking the fight with me”.
Stevenson: “This guy [Nadjib Mohammedi] said his eye hurt and quit. To me, that ‘boxer’ was a pizza delivery guy…

Manager Sergio Diaz”: “It’s not about the money; he [Antonio Margarito] just wants to fight again. He wants to get back in the ring,”

Matthew Macklin:”I still want to be a world champion.”

Bob Arum: “This kid Amir Khan keeps shooting his mouth off about Manny Pacquiao‘…Pacquiao will fight him. I don’t know if Khan will fight Pacquiao, but it’s available. Amir Khan has been begging Mayweather for a fight and now he can get a major fight. I’m not a hard guy to deal with. I’m not going to mess them around.”

Amir Khan: “Pakistan is a beautiful country. Whenever I come here I feel secure. It is a safe country. I want all other people (sportspersons) to also come and enjoy here,”
Danny Green: “He’s avoided me for 10 years nearly and he’s got nowhere to go. People don’t want to see him [Mundine] fight unless it’s against me.”
Naazim Richardson:”He’s [GGG] a Beast, He’s A Monster”

“Angel Garcia: “I don’t know where they get Triple G. Nobody knows him, only people at HBO No American people know him. They try to make him seem like he’s a killer. He’s good but he ain’t fought nobody. Danny [Garcia] fought all the killers, and they put cherries on his page. He [Golovkin] really got cherries. They’re trying to build a star when there’s no star there. He’s still not fighting the killers. Cotto should tell him to fight some guys Cotto fought first. Come fight those guys and come fight me when you’re ready.”