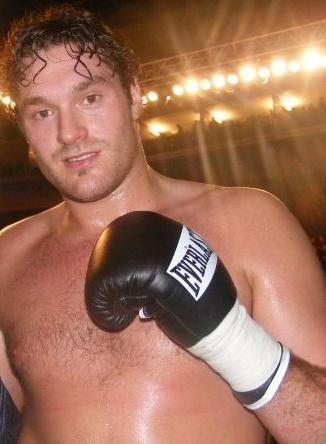 Back in March, we posted an article about how boxing needs Tyson Fury, complete with some very confident quotes from Fury about his ambitions. The thinking even back then was that Fury would have a major opportunity to unseat Wladimir Klitschko as the best heavyweight fighter in the world—though most in the boxing world didn’t actually give him a great chance of taking advantage of that opportunity.

The two fought in Germany at the end of November, and heading into the fight, Klitschko was expected to grind Fury’s title hopes to dust, with some projections even calling for a knock-out finish. Indeed, while Fury is not a man anyone particularly wants to fight, the giant gap in experience between the two fighters seemed to provide a strong edge for Klitschko. It was the biggest fight of Fury’s career, whereas his opponent had already been in 27 world title fights leading up to the November bout.

As we now know, however, Tyson Fury wasn’t kidding when he indicated he was ready to seize the title. Fury took a unanimous decision in the fight, displaying far superior form as he stunned Klitschko. The towering Englishman, who’s never been shy, barked and bellowed in the ring after seizing the world title, and reiterated that he’d always known he could win. It’s even been mentioned that he was so caught up in the victory he began singing along to Aerosmith’s “Don’t Want To Miss A Thing” as loudly as he could.

And in the near-immediate aftermath of the fight, Fury said he’s ready for a rematch, no matter where it might be fought. Many believed Klitschko could enjoy something of an advantage in the November fight, both from the crowd and, potentially, the referee. Yet Fury says it doesn’t matter to him where he fights, and of course stated that he’ll beat Klitschko again. And for anyone who watched their fight last month, it’s difficult to disagree. Klitschko simply didn’t look quick or fluid enough to keep up with the motivated Fury, who now seems so excited about having gained world title status that he’ll only be fiercer moving forward.

Perhaps most exciting though isn’t the prospect of a rematch, but the possibility that Fury’s dethroning of Klitschko might awaken heavyweight boxing. This was the most interesting fight at this level in some time. Immediately after Fury won, Deontay Wilder—a popular pick for the next big name in heavyweight boxing—tweeted that he was coming for Fury. He immediately dismissed Wilder as a “novice,” but this is the sort of matchup for supremacy in a new era of heavyweight boxing that could really generate some attention.

Whether he fights Klitschko again in the near future or takes on Wilder in the next year or two, Tyson Fury has put himself on the map in a big way. We’d best get used to him as the new face of heavyweight fighting.