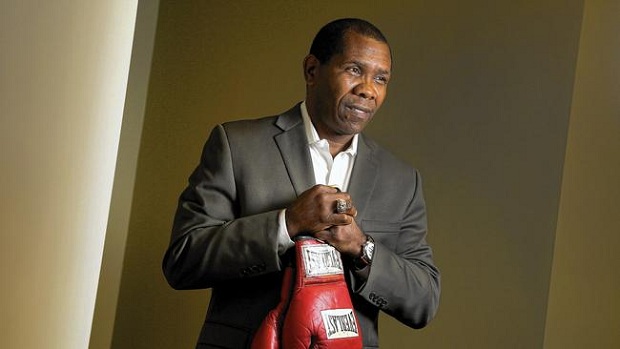 Matt Farrago of Ring 10 reported the sad news as follows:

“Howard Davis Jr., who was voted the most outstanding fighter at the 1976 Olympics in Montreal in a year in which the U.S. may have fielded its greatest team ever, died Wednesday at 59 after a battle with cancer. His brother, Kenny Davis, confirmed the news.

“Davis won the lightweight gold medal at the 1976 Games, just five years after he had taken up boxing. He was an inspirational figure as he fought for his 37-year-old mother, who had died of a heart attack two days before the Games began.

“The 1976 Olympic boxing tournament featured some of the greatest fighters to have ever lived, including Americans Sugar Ray Leonard and Michael Spinks and Cuban heavyweight Teofilo Stevenson, but it was Davis who won the Val Barker Award as the Games’ most outstanding boxer.

“He used his fast hands and precise punches to take the gold, defeating Simion Cutov of Romania in the final match. He’d also beaten the likes of Aaron Pryor and Thomas Hearns in the amateurs.

“Writing in Sports Illustrated after the Olympics, the legendary Pat Putnam said, “Howard Davis is even more skilled as a fighter than Leonard. A remarkably clever boxer, he thinks people who can take a punch to deliver one are foolish.”

“Davis, who had a 125-5 amateur record, told Putnam in Montreal that he didn’t see the sense of getting into slugfests. “I’m no brawler. The Europeans take a lot of punches. They get cut up, and looking ugly is just part of the day’s work. But I don’t want to be ugly. I’m not crazy.

“Davis had a solid, though not spectacular, career as a pro. He went 36-6-1 with 14 knockouts as a pro, but failed to win a world title. He lost WBC lightweight title bouts to Jim Watt in 1980 and Edwin Rosario in 1984. He dropped an IBF junior welterweight title match to Buddy McGirt in 1988.

“After his fight career ended, Davis stayed in the sport and began training fighters. He eventually began to train MMA fighters as well as boxers and became the striking coach for the American Top Team in Florida. Among his MMA pupils was UFC Hall of Famer and former light heavyweight champion Chuck Liddell. He also promoted MMA fights, and his company, Fight Time Promotions, got a contract with the CBS Sports Network to do shows. In 1976, Davis was signed to a deal with CBS, the first among his teammates to land a network television deal.

“Davis was diagnosed with Stage 4 lung cancer in the summer and given a grim prognosis. Doctors told him he likely had less than a year to live. Davis, who never smoked or drank alcohol, told the SunSentinel that once he learned that, he stopped chemotherapy and tried non-conventional methods to save his life.

“But Davis was known for a sunny disposition and a willingness to fight to overcome any obstacle. He reacted with grace when he learned the bad news and vowed to battle to remain alive. I never ask why I got [cancer]. I just started fighting. If you are a champion, champions don’t quit.

“Randy Gordon, the former chairman of the New York State Athletic Commission, was close with Davis for his entire adult life. He said he’ll remember Davis as an elite athlete but more so as one of boxing’s true good guys. “He was a loyal friend and devoted husband, father and brother,” Gordon told Yahoo Sports. ” … He had the fastest pair of hands I ever saw. He was a very hard worker in the gym. On the road, he ran like no fighter I ever saw. In 1979, I clocked him in the mile at 4:20. I am sure if he put his mind to it, he could have approached the world record. He told me a few years ago that he enjoyed training fighters, promoting MMA and playing music – he played guitar – more than he enjoyed fighting. I believe he was Florida’s busiest MMA promoter.

“To know Howard Davis was to love him. Heaven is gaining one very special angel.”

Ring will forward the funeral arrangements once we get them