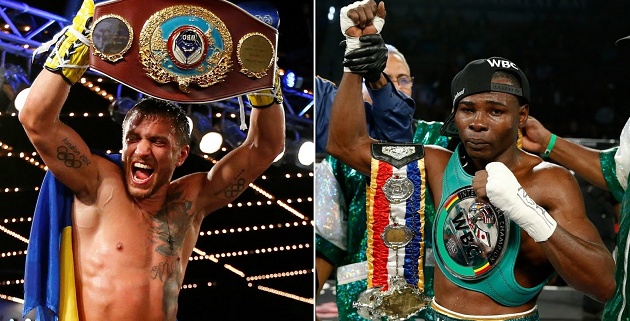 Madison Square Gardens is gearing up to host the fight of the year between two of the world’s very best pound-for-pound boxers. Both men are amateur legends, both are world champions and both have two Olympic gold medals to their names. The winner could well be named as the world’s best pound-for-pound boxer, so there is everything at stake when Vasyl Lomachenko and Guillermo Rigondeaux step into the ring on December 9.

Former four-division world champion Roy Jones Jr has gone as far as to call it the most exciting fight of all time. “To me, on paper, this is the best professional fight that has ever been made,” he said. “You’ve got two guys that have two gold medals. We have enough of a hard time getting one guy and one other guy with a gold medal in the ring. We’ve got two guys with two gold medals. Almost one thousand amateur fights between them and probably a handful, you can count on two hands, how many amateur losses there have been between them. That is incredible.”

ESPN ranks Lomachenko as the world’s second best pound-for-pound boxer right now, while The Ring has him at third and BoxRec puts him fourth. CBS Sports and HBO Sports named him Boxer of the Year for 2016 and he will be a shoo-in for this year if he beats Rigondeaux on Saturday night. But that will be a monumental challenge. Rigondeaux, who hails from Cuba, is third in the pound-for-pound rankings at The Ring, just one place behind Lomachenko, and he is unbeaten in 17 professional fights.

Freddie Roach called Rigondeaux “probably the greatest talent I’ve ever seen”. He has great power, rapid hand speed, exemplary counter punching skills and maddening elusiveness. But he is the underdog in this fight: check the best betting sites and shop for odds on the fight and you will see that Lomachenko is the clear favourite, although much more of the action is going on Rigondeaux at the higher and far more tempting price.

Lomachenko has earned an almost obscene amount of plaudits. “I am telling you without any reservation that Lomachenko is the greatest fighter I have seen since Muhammad Ali,” said promoter Bob Arum, who has worked with Floyd Mayweather Jr and Manny Pacquiao since promoting Ali in the 1960s. He built up an astonishing amateur record of 336 wins and just one defeat and is 9-1 as a professional. His only professional defeat came in his second fight against Orlando Salido. He would have made history as the first fighter to win a world title in just his second match, but lost to a controversial split decision despite landing far more punches. Salido was also criticised for failing to make the weight, some say intentionally, and he came in much heavier, so Lomachenko’s reputation was not tarnished, and he has since annihilated all comers.

“I’ve never seen a fighter as technically perfect as him,” said Arum. “I’m not going to have any real part of it except to get him the fights necessary so that people acclaim him when he retires as the greatest fighter of all time and mention him in the same breath as Ali, Sugar Ray Robinson and those types.”

This is certainly one of those fights, perhaps even eclipsing Saul Alvarez v Gennady Golovkin as fight of the year. Fans have never seen two double Olympic gold medallist fight one another and it should prove to be an extremely entertaining spectacle. “You can’t find two fighters better on paper to put against each other,” said Jones. Rigondeaux is extremely sharp, but he is stepping up two weight classes to fight Lomachenko, and the Ukrainian has the size advantage so he deserves his status as favourite and should just about edge it, but it will be a thrilling battle that could really go either way.