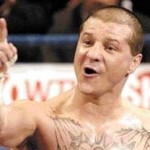 Two weeks of vacation and a slow news week has kept me from ranting as much as I'd like, but things are back in order and the weight of the world is back on my shoulders. Big thanks to Dafs for filling in and unloading on the masses in my absence. By the way, kudos to us for making a brief cameo appearance on the latest installment of Showtime's Fight Camp 360. Rant … END_OF_DOCUMENT_TOKEN_TO_BE_REPLACED 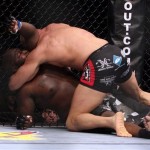 by Paul Magno Dear Randy Couture, First, congratulations on your victory over James Toney last Saturday night. Any win is a good one and any pay day is appreciated, especially in a combat sport where you never know when your livelihood will be taken from you. I sincerely hope that you will explore the possibility of meeting James Toney's bravery with a similar, … END_OF_DOCUMENT_TOKEN_TO_BE_REPLACED 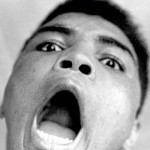 ...Starting the week pissed and building from there... Rant #1-- This Saturday's Randy Couture-James Toney UFC showdown/farce is about as absurd as Magic Johnson playing half-court one-on-one with Reggie Jackson to see whether basketball or baseball is better. The only thing this proves is that Dana White, UFC head carnival barker and Joe Rogan gimp master, is obsessed … END_OF_DOCUMENT_TOKEN_TO_BE_REPLACED 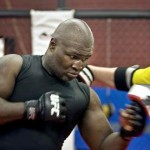 by The Green Machine Sigh. This never goes away does it? Ever since Art Jimmerson so woefully represented boxing at the first UFC competition against the world's best grappler at the time, Royce Gracie, there’s been that lingering question: which is the more dominant sport, boxing or MMA? Now in a little over a week's time we get our latest dose when one of the best … END_OF_DOCUMENT_TOKEN_TO_BE_REPLACED

by Paul MagnoIt's official: James "Lights Out" Toney, one of boxing's modern day greats, is now a member of the UFC.Of course, the UFC isn't getting the James Toney that outclassed most of the best middleweights and super middleweights of his generation. They're not even getting the post-prime Toney who floored, and ultimately beat, Vassiliy Jirov at cruiserweight or the one … END_OF_DOCUMENT_TOKEN_TO_BE_REPLACED