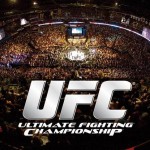 The UFC's rapid expansion, from a minor entity to a legitimate mainstream presence, stands in contrast to the stifled, frustrating mess of the current American boxing scene. As such, some boxing fans and media see the UFC as the shining city upon the hill when it comes to combat sports in the new millennium. The temptation is to point to the UFC business model and push to … END_OF_DOCUMENT_TOKEN_TO_BE_REPLACED