The UFC’s rapid expansion, from a minor entity to a legitimate mainstream presence, stands in contrast to the stifled, frustrating mess of the current American boxing scene.

As such, some boxing fans and media see the UFC as the shining city upon the hill when it comes to combat sports in the new millennium. The temptation is to point to the UFC business model and push to employ it in boxing.

However, behind the sparkling facade and glowing hype of the UFC machine, exists the shady business practices employed in the old age of prize fighting. Boxing has already tread upon the ground where the UFC walks, back in time when a small group of shady businessmen divvied up the loot in the back of some auditorium and schemed to exploit the fighters who gave their blood, sweat, and, often, their very lives to the sport.

The UFC, as a part of a relatively new sport, exists in a vacuum, exempt from many regulations and hidden behind a dark veil of secrecy as a privately-owned company.

They are literally run by a handful of men who are not under any obligation to divulge sales figures, pay rates, or 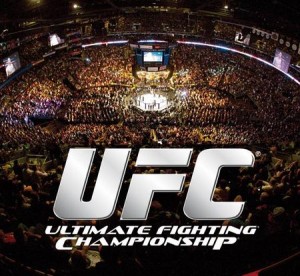 anything related to the business end of the company. They are also under no obligation to reveal details about the ranking or matchmaking process at the core of the sport.

The UFC is owned by Zuffa, LLC, a company comprised of the Fertitta Broathers, Frank and Lorenzo, who own 81% of the company, 10 % owner, Flash Entertainment of Abu Dhabi, and Dana White, who runs the day-to-day operations and holds a 9% interest in the company. Outside of these four individuals, information is on a need-to-know basis.

While boxing is handcuffed by promotional rivalries and some of the other issues that go along with competing in the free market, the UFC has experienced none of that. The trains ran on time for Mussolini in Italy and the dictatorship of the UFC has proven to be awesome in terms of company growth and expansion, but not so great for those actually doing the fighting.

The company stands as a monolith in the world of mixed martial arts (MMA), dominating the scene and either buying or crushing any competition that dares to come along. The International Fight League, World Fighting Alliance, World Extreme Cagefighting, Pride Fighting Championships, and Strikeforce were all one-time competitors who were eventually bought out.

For the fighters, the UFC is really the only game in town if they want to make a living in the world of MMA. And the company is well-aware of that.

The infamously low pay scale of the UFC’s fighters has been well-documented, especially as it compares to its closest combat sport cousin, boxing.

For example, boxer, Juan Manuel Marquez earned a base salary of $5 million for his November 12th pay-per-view bout with Manny Pacquiao. In contrast, the base pay of the entire roster on the UFC 141 show (pay-per-view as well as undercard) was about $1.4 million.

Of course, the UFC utilizes bonus performance pay and sometimes provides the top stars with back-end money from PPV sales, but the payout is still shockingly low for a company whose brand name is now on a par with the NHL in terms of consumer awareness.

Their low base pay is augmented by “off the books” performance bonuses which can range anywhere from $5,000 to $135,000.

Still, even when factoring in bonuses, UFC fighters earn a fraction of what boxers do.

At the heart of the UFC business model are majority owners, Frank and Lorenzo Fertitta, who have earned a reputation as infamous and ferocious union-busters at their other job as majority owners of the Station Casinos.

“They are among the most ruthless and shameless parasites ever seen in the world of professional sports,” Veteran MMA/Boxing journalist, Eddie Goldman, told The Boxing Tribune. “They have produced a product that rewards pissing on people, cursing at them, using racial and national slurs, promoting misogyny and homophobia, worshiping the 1%, attacking unions as “idiots”, and a general degradation of the already-nauseating culture associated with most professional sports.”

What the UFC has done, under the supervision of the Fertitta brothers and Zuffa, is find a way to market pure entertainment to the fans while circumventing the rules and regulations normally associated with the sports world.

They have created a world of virtual indentured servitude wrapped in pure, over the top, marketing genius where every facet of the sport is dedicated to serving the benefit of the four people who are actually rolling in dough.

The company has also proven itself to be quick to defend its interests against critics and brutal in its counter attacks. The UFC recently launched an aggressive public relations crusade against ESPN for printing the critical feature which provided some of the details for this article.

“They attack ESPN as spreading “lies” for raising the question of just how this wealth has been distributed,” Goldman said, “and what percent these guys who sit in offices make compared to what goes to the fighters, who put their bodies on the line as “independent contractors” with no collective bargaining rights or medical insurance.”

Despite the damage control initiated after the ESPN piece, the UFC is becoming known as the sweat shop of the sporting world. The fighters have no choice but to take whatever is offered to them and the regulatory commissions, which are still dropping the ball when it comes to the 100+ year old sport of boxing, haven’t figured out a way to really regulate them.

At least boxing has the Muhammad Ali Boxing Reform Act, which forces promoters to divulge fees and charges imposed on the fighters as well as revenues generated by the event.

In the UFC, nobody outside of top management knows anything about the company’s revenue and contractual terms. As far as anyone knows, every word uttered by management regarding sales and pay scales could be completely fabricated. Nobody knows and nobody is in a position to force the information out of the inner circle.

The Fertitta brothers run the company like a Greek diner paying undocumented workers–some on the book, some off the book–a strategy aimed at preventing other fighters from being able to negotiate with the company on even terms. If everyone is kept in the dark, fair contract negotiations fly right out the window.

Could the UFC have thrived if it had to operate under the restraints of a real sport?

The Fertitta brothers, along with the rest of the UFC, would likely be in the same situation as boxing–a splintered, disjointed mess of contracts, regulations, and legal conflicts.

Boxing can stand to learn a few things by emulating the promotional acumen of Dana White, but the UFC business model should be avoided at all costs. Because, even if it were possible to completely change philosophies and approaches, boxing has already trudged through those dark territories before–and it was a sad, tragic time for the fighters.

The UFC’s own tragedies should be forthcoming.