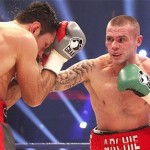 Five ranked fighters were in action this week, all five were victorious, but only two found themselves moving up in their respective divisions. #2 ranked middleweight, Julio Cesar Chavez Jr., took a dominant TKO 7 victory over Andy Lee, but while he closed the gap between himself and #1 ranked Sergio Martinez, he remains a close second. Tomasz Adamek, with his decision … END_OF_DOCUMENT_TOKEN_TO_BE_REPLACED 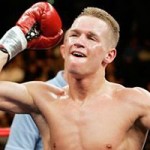 Former world title challenger and The Boxing Tribune's 8th ranked super featherweight, Jason Litzau (28-3, 21 KOs) returns to the ring this Saturday for the first time since his first round blow-out loss to Adrien Broner last June. Litzau will be taking on battered Colorado-based journeyman, Corey Alarcon (17-18-1, 4 KOs) at the Hyatt Regency Hotel in Minneapolis, … END_OF_DOCUMENT_TOKEN_TO_BE_REPLACED 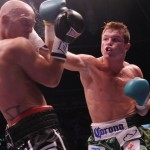 Arena VFG, Tlajomulco de Zúñiga, Jalisco, Mexico-- Saul "El Canelo" Alvarez (37-0-1, 27 KOs) did what he wanted on HBO¿s main stage against the UK's Ryan Rhodes (45-5, 31 KOs) en route to a twelfth round TKO. Annihilates From the opening bell to the final moments, Alvarez was in full control. Working behind an improved defense, the 20-year-old WBC jr. middleweight belt … END_OF_DOCUMENT_TOKEN_TO_BE_REPLACED 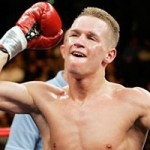 Undefeated jr lightweight prospect Adrien Broner (20-0) will take on hard-hitting crowd pleaser Jason Litzau (28-2) this Saturday, June 18th. The bout is the featured undercard of the Saul Alvarez vs Ryan Rhodes HBO Boxing After Dark telecast set to air live from Arena VFG in Jalisco, Mexico at 10:30pm ET. Broner is coming off his toughest test to date, a close but … END_OF_DOCUMENT_TOKEN_TO_BE_REPLACED

2010, in a lot of ways, was a frustrating test of patience for boxing fans. With large periods of time where, literally, no significant fight action took place and with stars who have taken to just fighting once or twice a year, boxing surely seemed on the ropes. Not helping matters any was the general disgust created when the sport's two biggest draws, Manny Pacquiao and Floyd … END_OF_DOCUMENT_TOKEN_TO_BE_REPLACED