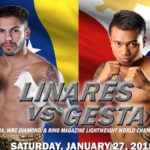 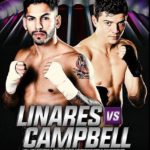 Jorge Linares needed every second of a hot start, including a critical second round knockdown, to fend off an extremely game Luke Campbell and retain his WBA Lightweight title, keeping hopes of a mega fight with Mikey Garcia alive. The tightly contested fight was decided by scores of 115-112 and 114-113 for Linares while Campbell was seen the winner on the third card with a … END_OF_DOCUMENT_TOKEN_TO_BE_REPLACED 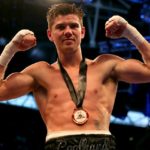 One of the most underrated measures of a truly great fighter is his ability to recover after a chastening defeat, especially when billed as his country’s greatest hope in that division. For Olympic gold medalist Luke Campbell, that experience came at the hands of Yvan Mendy, in December 2015 at a packed O2 arena. That bout rolled around just four months after an accomplished … END_OF_DOCUMENT_TOKEN_TO_BE_REPLACED 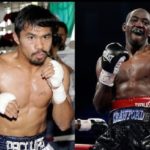 Which fights would The Boxing Tribune staff make if they had the magic matchmaker power to put together any “doable” bout featuring today’s stars? (Check out Part One) Here’s Part Two of our two-part “Pick the Fights” feature : Danny Howard Mikey Garcia vs. Adrien Broner At the dawn of Premier Boxing Champions, Adrien Broner was positioned to be the star that the … END_OF_DOCUMENT_TOKEN_TO_BE_REPLACED 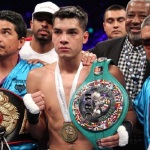 The WBC has stripped defending lightweight world titlist Omar Figueroa and has named him "champion in recess" due to injury. The sanctioning body also announced that Figueroa's no. 1 contender Jorge Linares (37-3, 24 KOs) would now meet no. 2 contender Javier Prieto (24-7-2, 18 KOs) on December 30 in Tokyo for the vacant title. The winner of Linares-Prieto would then have to … END_OF_DOCUMENT_TOKEN_TO_BE_REPLACED