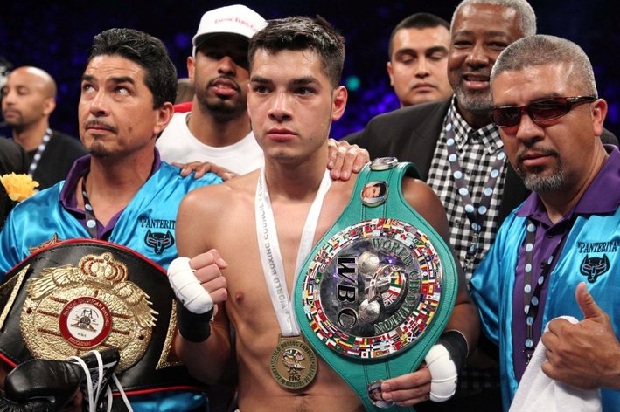 The WBC has stripped defending lightweight world titlist Omar Figueroa and has named him “champion in recess” due to injury.

The sanctioning body also announced that Figueroa’s no. 1 contender Jorge Linares (37-3, 24 KOs) would now meet no. 2 contender Javier Prieto (24-7-2, 18 KOs) on December 30 in Tokyo for the vacant title. The winner of Linares-Prieto would then have to meet Figueroa when/if the undefeated 24-year-old should decide to re-enter the lightweight division rather than move up to junior welterweight, as has been talked about.

Figueroa’s injury is a deep gash over the eye sustained in his last bout with Daniel Estrada that became infected. The native of Weslaco, Texas will be given the chance to fully recover before deciding his future career path.

Figueroa was scheduled to meet the two-division world champ, Linares, early in 2015 before sustaining his career-stalling injury.