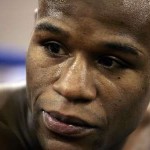 Floyd Mayweather Jr., after unsuccessfully trying to postpone today's court-ordered deposition in the Manny Pacquiao defamation suit against him, simply didn't attend the scheduled hearing. Manny Pacquiao has a pending lawsuit against Mayweather and his father, Floyd Sr., for comments the two made regarding Pacquiao and the use of performance enhancing drugs last year. The … END_OF_DOCUMENT_TOKEN_TO_BE_REPLACED 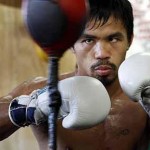 Following a public apology issued by Golden Boy Promotions, it was announced Tuesday that Manny Pacquiao has dropped his defamation lawsuit against CEO Richard Schaefer and president Oscar De La Hoya. The statement, issued to the media, read: "Richard Schaefer and Oscar De La Hoya, on behalf of themselves and Golden Boy Promotions, wish to make it crystal clear that we … END_OF_DOCUMENT_TOKEN_TO_BE_REPLACED