It's fair to say that 2017 has been a decent year for fight fans, though it sort of feels like things are only just starting to warm up. With that said the next week or so is red hot with notable fights featuring Asian fighters. From next Sunday, February 26th, to the following Saturday, March 4th, we have a genuinely stacked run of days. The action kicks off, as mentioned, … END_OF_DOCUMENT_TOKEN_TO_BE_REPLACED 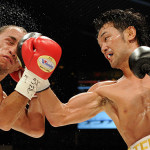 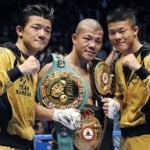 10/16 – Joseph Parker (10-0, 9 KO’s) vs. Sherman Williams (36-13-2, 19 KO’s) - The Trusts Stadium, Auckland, New Zealand “Tank” Williams is the latest on the New Zealanders run through the American stepping stones. So far Parker has faced familiar names like Frans Botha and Brian Minto, and puts his WBO Oriental and PABA heavyweight titles up in this one. Williams is a guy … END_OF_DOCUMENT_TOKEN_TO_BE_REPLACED 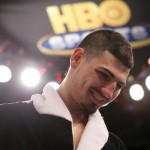 4/18 – Maurice Harris (26-18-2, 11 KO’s) vs. Andrey Fedosov (24-3, 19 KO’s) - Horseshoe Casino, Hammond, Indiana The “win some-lose some” Harris is still going at it at age 38. The heavyweight gatekeeper has faced fighter from all walk of life over the years and though he’s never managed to win the big one, he has derailed the careers of some up and comers along the way. … END_OF_DOCUMENT_TOKEN_TO_BE_REPLACED