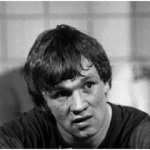 "He's got a big mouth." --Marvelous Marvin Hagler on Tony Sibson "I don't know where he got that from, unless he's just using it to psych himself up...All I've said was that I'm excited about fighting him because I think he's the best middleweight...--Sibson, mystified, on Hagler. After watching David Lemieux recently dismantle Elvin Ayala in Montreal, I was reminded of … END_OF_DOCUMENT_TOKEN_TO_BE_REPLACED