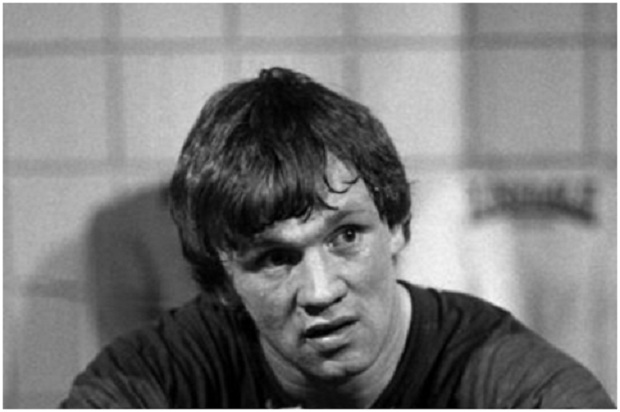 “I don’t know where he got that from, unless he’s just using it to psych himself up…All I’ve said was that I’m excited about fighting him because I think he’s the best middleweight…–Sibson, mystified, on Hagler.

After watching David Lemieux recently dismantle Elvin Ayala in Montreal, I was reminded of another compact, strong fighter with a somewhat hunched stance and that was Tony Sibson who fought in the 1970s and 1980s. He was regarded as one of Britain’s best. He was Commonwealth and European champion and a serious world title challenger

When “Sibbo” was on and had trained properly, he was a very dangerous fighter. He was a stocky scrapper who came out of the Belgrave gym in Leicester. Going undefeated in his first 25 bouts, he finished with a great record of 55-7-1and was seldom in a dull fight. After losing to Kevin Finnegan in 1979 with the BBBofC British middleweight title at stake, he reeled off 14 straight wins, including TKOs over former world champion Alan Minter and Bobby “Iceman” Coolidge and a points win over talented Dwight Davison the later being a final eliminator for the WBC Middleweight Title. He then met Marvelous Marvin Hagler at the Centrum in Worcester, Mass on February 11, 1983. Hagler pummeled the shy and affable challenger decking him twice as he stopped him in the 6th. Sibson, badly cut, was game and courageous, but simply did not have enough to stand up to Hagler’s relentless fury.

His next fight would be against well-regarded Chicagoan John Collins in Atlantic City on October 8, 1983.

Like Sibson, Collins had a stellar amateur record and got off to a great pro start winning his first 29– 25 by way of stoppage. Most of his fights did not go beyond the third canto, and this may have contributed to his later downfall. Among his victims were Teddy Mann, a fading Oscar Albarado (58-11-1 at the time), undefeated fellow Chicagoan Lenny LaPaglia (19-0), and a prime Kenny Whetstone (23-1).

When he fought in the Windy City, the good looking and tall (6’1″) Collins had the appeal of a rock star. Indeed, he brought out the City’s Irish in droves. When his fights began, the place would erupt into chants of “Collins! Collins! Collins!” The fans would go wild when he put together slick combinations and landed his signature straight-right cross which carried finality when it connected flush.

Collins was the undefeated favorite when he met Sibbo who was coming off the aforementioned loss to Hagler. A win by the Collins could well position him for a big pay day fight against the Marvelous one, but it was not to be.

In the first round, a fit and ready Sibson hit his taller opponent with solid jabs and some damaging short rights. Sibson was a great inside fighter and that’s where the he was doing the early damage. Then, with 27 second left in the round, Tony cornered the Irishman in a neutral corner and rocked him with two vicious left hooks and a brutal head-snapping jab that had all of his weight behind it. Again trapping him in a corner, this time his opponent’s corner, a crunching hook sent Collins to the canvas, but he was saved by the bell and his corner quickly tried to revive him.

The second round began as the first ended and it was clear Collins had not fully recuperated. Sibbo quickly sent Collins down with a powerful straight right and then finished him off with a series of short but effective shots that sent him sprawling across the ring and then onto the canvas for the third and final time in the fight.

It had been a Chicago-style mugging, but this mugger was not a Chicagoan. Here it is: https://www.youtube.com/watch?v=6v6QS2kyXAM

Sibson and Collins fought during a time when television gave us a great number of entertaining fights and fighters. The middleweight division was dotted with names like Taylor, Fletcher, Ramsey, Green, Mugabi, Parker, Kalambay, Roldan, Starling, Curry, McCallum, Kinchen, Benn, Singletary, Thomas, Nunn, Tate, Hamsho, Collins, Watson, Graham, and many, many more. Tony Sibson and John Collins were both game and exciting fighters. With a combined mark of 89-9-2, they certainly did nothing to detract from the luster of this great time in boxing.