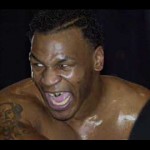 Another week begins and what better way to kick it off than with a nice, warm rant from my fortified cement bunker in the hills of Central Mexico... Rant #1: Top Rank's Latin Fury card Saturday was actually a pretty entertaining card-- Too bad only a small handful of boxing fans got to see it. At 50 bucks a pop and 3 weeks before Christmas, this was a tough sell even to the … END_OF_DOCUMENT_TOKEN_TO_BE_REPLACED 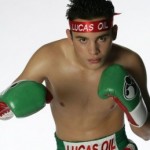 After several days of back and forth reports, Top Rank officials have finally confirmed that Julio Cesar Chavez Jr. is out of this Saturday's Latin Fury PPV show. Citing the flu, combined with a 103 degree fever, it was announced that Jose Pinzon of Mexico (18-1-1, 12 KOs) would be taking Chavez's spot against Pawel Wolak (27-1, 17 KOs). The rest of the PPV remains … END_OF_DOCUMENT_TOKEN_TO_BE_REPLACED