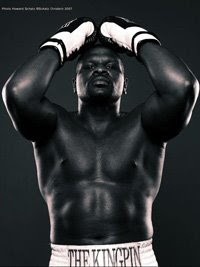 Vargas pressed the action early while Johnson opted to roll with the punches and shoot out the jab. Johnson dropped Vargas in the 3rd with a barrage of punches that evidentally injured Vargas’ right ear. For the rest of the bout Johnson was more aggressive than usual and wound up dropping Vargas one more time in the 5th. The Vargas corner threw in the towel towards the end of the 6th amidst another Johnson barrage.

Johnson, who was previously ranked #15 in the BTBC World Rankings, will be bumped up to #12.