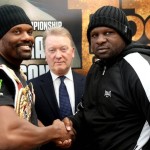 By Johnny Walker Let's face it, without the UK heavyweights over the last couple of years, there often wouldn't have been much for fans of heavyweight boxing to talk about. With WBC heavyweight champion Vitali Klitschko mostly out of action both due to injury and his new career in politics, and brother Wlad, who owns the rest of the major belts, not producing the … END_OF_DOCUMENT_TOKEN_TO_BE_REPLACED 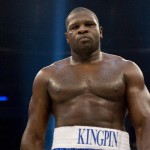 Once beaten American Kevin “Kingpin” Johnson (25-1-1, 11 KOs) returns to the ring this weekend in Australia hoping to rekindle his status as one of America’s few notable heavyweight contenders.  Johnson, who lost virtually every round in his 2009 title challenge against WBC champion Vitali Klitschko, is scheduled to face Alex Leapai (25-3-3, 20 KOs) for the IBF Australian … END_OF_DOCUMENT_TOKEN_TO_BE_REPLACED

In the first truly scorching performance of his career, Kevin "Kingpin" Johnson battered undefeated amateur stand-out and 2004 Olympic team captain, Devin Vargas, into submission via 6th round TKO.Vargas pressed the action early while Johnson opted to roll with the punches and shoot out the jab. Johnson dropped Vargas in the 3rd with a barrage of punches that evidentally … END_OF_DOCUMENT_TOKEN_TO_BE_REPLACED