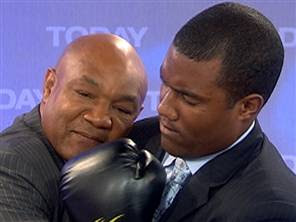 Foreman goes by the nickname “Monk” and is one of five brothers, all named “George.”

The BTBC will bring you the results.