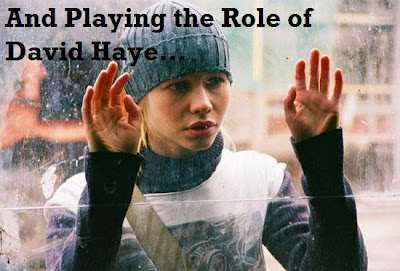 There will be a Heavyweight title fight on June 20th after all…Except David Haye will not be part of it.

According to representatives of Wladimir Klitschko, a verbal deal has been reached with WBA Heavyweight Champ, Ruslan Chagaev to replace David Haye on the 20th at Germany’s Veltin Arena. Chagaev, himself, is the victim of a fight falling through at the last minute when Nikolai Valuev pulled out of their WBA Title unification when Chagaev tested positive for traces of Hepatitis B.

Haye pulled out of the long-awaited and hotly-promoted showdown with Wladimir Klitschko a few days ago, citing a back injury and was just recently given medical clearance to fight on July 25th at the earliest.

Klitschko’s people balked at the idea of postponing the fight until the 25th since RTL, the TV network that has the exclusive rights to Klitschko’s fights in Germany, is unable to broadcast the fight on that day.

Back in the USA, HBO has already passed on Wladimir vs. Ruslan, opting to leave space in their budget to see who Klitschko fights later in the year. HBO is banking on either Haye or American contender, Chris Arreola, both significantly bigger fights in the States than a bout with Chagaev.

Haye’s options are to either wait on the Klitschkos to get done with their mandatories and hope for another shot or, possibly, schedule a fight with Arreola for later in the Summer or early Fall.