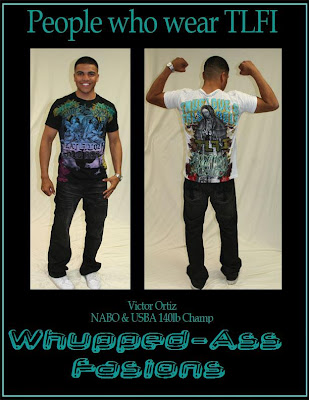 In an all out war filled with spectacular exchanges, Marcos Maidana (26-1, 25 KOs) of Universum Box-Promotion scored a brilliant sixth round KO over hometown favorite Victor Ortiz (24-2-1, 19 KOs) to claim the interim WBA super lightweight title on Saturday night at the Staples Center in Los Angeles. Ortiz dropped Maidana during a wild exchange during round one, but was immediately floored in return by Maidana. Ortiz dropped Maidana twice at the end of round two. But Maidana hung in and turned the fight around with a huge round five, cutting Ortiz and continually rocking him with his right hand. Maidana went on the attack immediately in the sixth, flooring Ortiz again and the bout was stopped. Time was :46
*********
The source fails to mention the the ref’s decision was preceeded by Ortiz practically turning his back on Maidana and indicating that he was done.
After the bout, the 22-year old Ortiz indicated that he may be considering retirement.
Maidana is now in line for a shot at the winner of the Khan-Kotelnik bout in July.