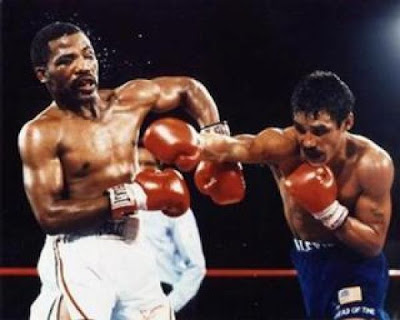 MANAGUA, Nicaragua (AP) — Former world boxing great and Managua Mayor Alexis Arguello was found dead at his home Wednesday, prompting three-days of official mourning for a rising star of the Sandinista party who once bitterly opposed the leftist movement.

Coroners were conducting an autopsy to determine the cause of death. Sandinista Party Radio Ya and other local media were reporting it appeared to be a suicide. The La Prensa newspaper reported that Arguello — elected mayor of Nicaragua’s capital last year — was found with a gunshot wound to the chest.

Arguello had spoken publicly of his struggle with depression, alcohol and drug use.

When Sandinista revolutionaries seized Arguello’s bank accounts and homes in Managua in the 1980s, the boxer threw his support behind U.S.-backed Contra rebels and did not return to live in Nicaragua until after the 1990 electoral defeat of President Daniel Ortega.

Ortega called in 2005 to offer Arguello a spot on the Sandinista ticket as vice-mayor of Managua. He accepted and won. Relying heavily on his fame as a boxer, he went on to win November’s mayoral election, though opponents alleged the vote was fraudulent.

On Wednesday, President Ortega announced he was canceling a trip to Panama’s presidential inauguration because of the death.

Nicknamed “The Explosive Thin Man,” Arguello retired from boxing in 1995 with a record of 82-8 with 65 knockouts and was a champion in three weight divisions. He was inducted into the International Boxing Hall of Fame in 1992, where flags were flying at half-staff in his honor Wednesday.

“I can’t believe it. He was my friend, my brother,” Duran said. “His death is a great loss for world boxing and a much greater loss for Nicaragua.”