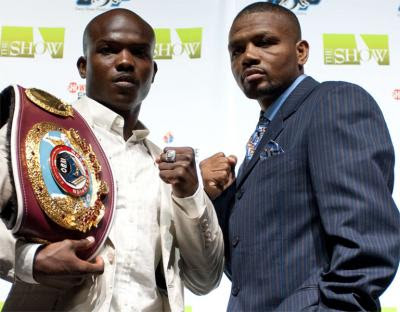 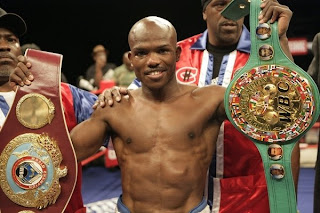 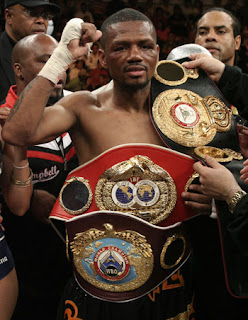 Height: 5′ 7″
Reach: 72″
Stance: Orthodox
Career Achievements: IBF, WBA, WBO Lightweight Champion
Notable Opposition: Joel Casamayor (Loss via UD), Robbie Peden (Loss via KO 5, Loss via TKO 8), Kid Diamond (Win via TKO 10), Isaac Hlatshwayo (Loss via SD), Juan Diaz (Win via SD), Ali Funeka (Win via MD)
Pre-Fight Quote: “I’m going to bust Timmy’s ass! When the bell rings, I go out there to do damage. We can be cool and friends after round 12. From the first round to the last I’m going to take your head off. I’m going to bust his ribs. I don’t care. I’m going to hurt him, and he better be doing the same.”
*********
Paulie The Sicilian’s Prediction: This is not the same scatter-brained Nate Campbell who underachieved his way through the first three-quarters of his career…The “Galaxxy Warrior” who steps into the ring on Saturday will be the confident, tough-as-nails veteran who spanked Juan Diaz in Mexico and put in the gutsiest effort of the year against Ali Funeka in February.
Bradley, on the other hand, looked vulnerable and a little sloppy in his last win against Kendall Holt.
Campbell will be pushing all night and Bradley will leave enough openings to exploit, but Bradley’s speed will be the decisive factor. He will simply beat Campbell to the punch on the inside and be too fast on the outside.
Bradley takes this by MD: 115-112, 115-112, 114-114 with Nate knocking the champ down at some point early on.
This is gonna be one of those bouts where guys who don’t know how to score fights will be complaining about the terrible scores