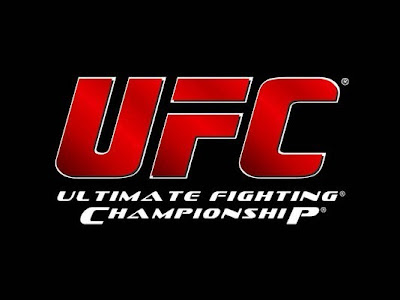 Two weeks a month boxing fans have to withstand a barrage of attacks from fans and representatives of the UFC. The week before a UFC PPV and the week after, we’ll hear: “Boxing is dead…Boxing is dying…Boxing is losing its ground to MMA…MMA is the combat sport of the future…etc, etc…”

Most of the so-called legit media take the story and run with it, not really knowing or caring whether the story is true or not. It just makes for a good headlines and it justifies their own ignorance when it comes to the sport of boxing..

Also, helping spread boxing’s obituary is the ever-accessible, ever-outspoken Dana White, head honcho of the UFC and de facto voice of MMA. White is a soundbite machine and he spends a good portion of each interview ripping apart all things boxing while declaring MMA, and the UFC specifically, as the antidote to all that’s ailing combat sports.

White will talk about the lack of star power in boxing, the corruption and the general degradation of interest in the sport. He’ll talk until his segment is up and then post it all over the internet for even more to hear.

White’s claims of corruption in boxing are, unfortunately, not too far off. But what he fails to mention is that, while his own iron fisted control over his company prevents a lot of controversy in areas of scoring, it opens up just as many questions when it comes to proper fighter rankings and issues regarding fair wages and benefits.

The biggest fallacy in the “Boxing’s Dead/MMA Rules” line of thought has to do with the very essence of the way both sports do business. And it’s in this discrepancy that we truly discover that boxing is not dying at all and that MMA is not really ruling.

First, it should be made clear that MMA, as a sport, is most definitely not taking over the world. As a matter of fact, the UFC is the only Mixed Martial Arts company that is able to make a real profit and the attempts to branch off into Europe and Latin America have yielded mixed results, at best.

Boxing, on the other hand, has enjoyed great expansion in the international market.

Recently, over 60,000 fans packed into a soccer stadium to see Wladimir Klitschko defend against Ruslan Chagaev and a packed arena in the United Kingdom saw Amir Khan win his first world title. All across Europe and Asia stadiums and arenas are being packed for boxing shows; TV ratings are also through the roof. Even previously dead markets like Russia, Turkey and China have hosted boxing events with great success and are exploring future boxing-related events.

In the United States, boxing is not as prominent as it once was and stars do seem like they’re harder to come by, but this is only because the rest of the world is catching up to the talent and skill level of US fighters. Now, it’s just as likely to see a meaningful title defense in Europe as it is in Las Vegas.

However, it should be pointed out that attendance has generally been good at boxing events in the US. For instance, a weak card in Newark, New Jersey with the questionable Tomasz Adamek-Bobby Gunn main event, drew over 8,000 fans and the Vic Darchinyan-Joseph Agbeko card in Florida drew over 9,000 while, on the same night, the mega-promoted UFC 100 drew over 10,000 in Las Vegas.

A dominant UFC should’ve crushed two marginal boxing cards in secondary markets, but it didn’t, at least not at the live gate.

But let’s get back on track and look at the way the UFC does business compared to the way boxing does business. The myth of UFC dominance gets blown to pieces when we focus on just how small the UFC actually is in terms of ability and/or desire to create new, fresh programming.

The UFC has very little live action on TV. Most of their exposure is through their reality show or through various highlight and countdown shows. It’s easy to give the impression of a high quality product when only highlight packages of the best fights are aired.

When you look at it, the entire TV presence of the UFC is aimed at promoting their upcoming PPV. Essentially, most UFC programming is along the lines of an infomercial, whipping their fans into a frenzy for the next show.

Now, as a way of comparison, let’s take boxing and fit it into the UFC model.

Before doing enything else. we’d have to eliminate most of the live boxing programs from HBO, Showtime, ESPN, Versus and the Latino stations. Substitute the live shows with Boxing’s Greatest Hits and endless Countdown shows.

Now, take all that live action that would’ve been on cable TV and put it on one mega PPV per month, making it so that if you want to see live boxing, you have to order the show.

Take the month of August as an example. The boxing PPV for August (We could call it Boxing #1: Heat Stroke, or something equally catchy) would feature the following televised bouts:

How many PPVs would that card sell if there were almost literally no way to see boxing aside from ordering the event? Would a card like this sell more than the average UFC PPV of 450-600,000? The answer would be a resounding “yes” and August is not even a particularly strong month this year in terms of competition.

The UFC churns out more PPV shows and they are very good at marketing their shows to the max, but only a media manipulator like Dana White could turn less product and a smaller demographic base into signs of the UFC’s domination.

As the next UFC PPV approaches we will be forced to hear more cries of “Boxing is dead” and we will for sure see and hear Dana White on ESPN and on various sports talk shows across the nation. White will blather on about how boxing is dying and the UFC is taking over and the misinformed host will go along with the attack, not knowing enough about boxing to offer any sort of intelligent rebuttal.

But, just one time, it would be refreshing to see a host fire back at White and touch on the points that this article has touched upon. It’s time boxing started standing up for itself because a lie told often enough, one day, may become reality.

Boxing is not dying and the UFC is not killing it.