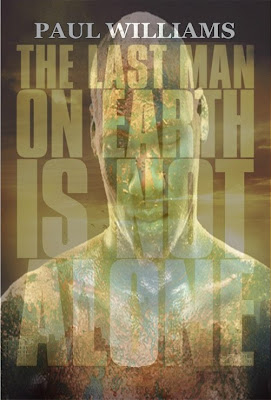 In the Summer 2007, Paul Williams took on Antonio Margarito at the Home Depot Centre in Carson California for the WBO Welterweight championship. It was Williams’ first shot at a world title belt. He defeated the now disgraced Mexican 147-pounder by unanimous decision and established himself as one of the top guys in the division.
However, a points loss to Carlos Quintana followed by a vindictive 1st round knock-out in the rematch, left “The Punisher” with somewhat of a conundrum. No one wanted to fight him. He wasn’t a big enough name to bring in the big bucks. But at the same time, he was too risky a fight for a made fighter to take.
Since then he has been forced to move up the divisions to look for meaningful fights. First, with a one-round demolition of Andy Kolle, followed by an 8th round stoppage of Verno Phillips to claim the interim WBO Light-Middleweight title belt and a wide 12 round decision over former champion, Winky Wright.
Williams was then set up to fight Kelly Pavlik later this year, however, due to whatever reason, that bout has now been cancelled (official story from Camp Pavlik was that it was due to a knuckle injury, but it is well known that Pavlik recently checked into rehab due to alcohol dependency).
Therefore, Paul Williams has been left high and dry without anyone to fight…sound familiar?
He has two choices in my eyes. Hang around and wait for a big money fight, or cut his losses and fight a smaller name for less money, hoping that a household name is available in February/March.
Lets now look at some potential fights for “The Punisher”:

For starters, I don’t think Williams can make welterweight easily. The last time he fought there was over a year ago. Now I’m not saying he’s an Eric Morales or a Ricky Hatton, but I imagine his body will have adapted to the higher weight – but hey, I could be wrong. And according to George Peterson, Williams’ trainer, he is currently around 150lb.
So, who’s available:

· Shane Mosley – seems like the obvious candidate. He’s a big name, if not a big money name, and is free either in the short term or later next year. He’s fought at 147lb and 154lb so could be flexible on that issue. The only problem for Williams is the obvious one – he might get beat! Mosley has been one of the most consistent performers over the last 10 years at least and has beaten some big names. If Carlos Quintana can outbox Williams, Mosley sure as hell can.
· Andre Berto/ Joshua Clottey – both up and coming names in the 147lb division and are available in October. However, they are not big names and their camps, especially in the case of Berto, are unlikely to risk their fighter against a man like Williams.

· Kermit Cintron – I think this would be a fairly easy fight for Williams and he’s a fairly big name fighter. Williams is currently the WBO Interim champ and Cintron is the no.1 contender so this could easily be billed as a title eliminator.
· Sergiy Dzinziruk – current WBO 154lb champ and free in October. Negotiations stalled between the two parties but given the cancellation of the Pavlik-Williams fight, a fight can now be made.
· Sergio Mora – ………anyway……….

· Felix Sturm – current WBA Champ, but fought as recently as July. Any fight would probably take place later on in the year but due to Sturm’s reluctance to fight outside of his native Germany, it is unlikely this fight could be made unless the money was right.

· Bernard Hopkins – a fight that has already been discussed heavily on the BTBC Forum. The news coming out of the Williams camp though is that the fight would have to be at 165lb for them to even consider fighting, so then it would depend on Hopkins. I imagine Bernard would sooner wait on the winner of Dawson-Johnson II or Thomas Adamek.
I believe that if Williams is to go above 160, he should only do it to fight Hopkins. The reasoning being, that if he beats Hopkins – there is no one left to fight at the weight because they are all tied up with the “Super Six” tournament.

In my opinion, Paul Williams’ best option would be to go down to 147lb and get in amongst it. If he beats say…Shane Mosley, he’ll turn heads and could end up fighting one of the box office names like Pretty Boy Floyd.
A more realistic option maybe to go to 154lb, fight Dzinziruk and maybe unify the belts. By staying at this weight he leaves himself the option of taking fights at a lower weight or at 160lb later next year if Pavlik has picked himself up off the bar floor.
Taking a fight with Hopkins is always risky as “The Ghost” showed. I believe Williams would win due to the shear volume of punches he throws against an aging warrior like “The Executioner.” However, his biggest problem would be how he deals with his weight after the bout.