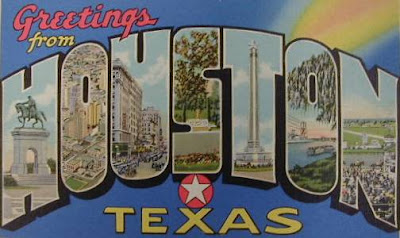 Earlier in the week, Paulie Malignaggi wasn’t happy. He had a gut feeling that he was going to be on the bad end of a poor decision against hometown favourite Juan Diaz. What he didn’t know was how much controversy was going to follow the fight.

Middleweight prospect Daniel Jacobs stated his claim as a contender with a comfortable unanimous decision over Ishe Smith. Kicking off the broadcast on HBO Boxing After Dark, Jacobs showed his potential in a messy scrap with scores of 96-93, 96-93 and 100-89. 100-89? How did that happen? How did Jacobs win every round against a determined Smith? Smith made it a much more competitive contest than was expected and he gets a score like that from Raul Caiz. This is something that has to change in boxing.

Junior Lightweight Robert Gurrero won the IBF Junior Lightweight belt with an impressive victory over Malcolm Klassen. Klassen showed no authority in the fight as was expected as he failed to cut down the ring and tee off his punches. Gurrero looked slick in a victory that propels Gurrero up the pecking order at 130 lbs. The scores were respectable and accurate as Gurrero won by unanimous decision with scores of 117-111, 116-112 and 116-113.

Then the main event included hometown favourite Juan Diaz in his first fight over 135 lbs against Paulie Malignaggi. Many expected Diaz to walk through Malignaggi and punish the ‘Magic Man’ and stop him late in the fashion Ricky Hatton did last year. But Malignaggi had other ideas.

Malignaggi started strong throwing the jab to keep Diaz at bay and off balance. Diaz took time to adjust to the tactics and couldn’t maul Malignaggi down. Diaz won the middle rounds in competitive rounds that could have gone either way. But Malignaggi finished the fight with style winning three of the last four rounds comfortably in my opinion. It looked to be a close decision which could go either way and I don’t think anyone bar Malignaggi would complain about a close decision that goes to Diaz. For the record, I scored it 115-114 to Malignaggi.

As the scores were read out, Malignaggi’s face was already in disgust. He knew that the judges had been swayed by the crowd. Raul Caiz scored it 115-113, David Sutherland scored it 116-112 and Gale Van Hoy scored the bout 118-110 all in favour of the ‘Baby Bull’ Juan Diaz.

As Max Kellerman did another lousy interview he read the panel’s scores. Harold Lederman scored it 115-113 to Malignaggi. “At least somebody scored the fight right. Raul Caiz had the closest scorecard and he’s golden boy’s gopher. Of course I’m not going to get a rematch. Boxing is full of sh*t. Diaz can call out Marquez again and I have to take anything that will come my way. Boxing is full of sh*t.”

The villain here is not Juan Diaz. He deserves more credit than he will get as he outpointed the Brash Brooklyn Malignaggi. He won the fight because he kept plodding forward when Malignaggi took a breather. His relentless pressure wins him rounds. It wasn’t his best showing but it was effective.

The villain isn’t Paulie Malignaggi either. The New Yorker put on an excellent display of courage against one of the toughest boxers in the sport. Mostly everyone on the forum scored the bout to Malignaggi. He has fallen out of love with the sport and wants to walk away from it. After that performance, he is still a top contender at 140 lbs.

The crook is Gale Van Hoy. We excuse Raul Caiz and David Sutherland because we respect that others can see close rounds go another way. But 118-110?? Are you serious? Did you have dogsh*t in your eyes when you watched that? Maliganggi gave everything he had and the Texan gives an awful score which is an insult to the sport, to his profession, to Malignaggi and to Diaz as it takes the limelight off a stunningly competitive match-up. The worst thing is Malignaggi knew it was going to happen. He complained about the weight, location, size of the ring and judges. He said “Raul Caiz practically works for Golden Boy and Gale Van Hoy is a Texan”.

Nobody can defend a score like that. Van Hoy needs to be thrown out of the top contests and he can’t be Texas’ #1 judge. As NASA prepare to send another space shuttle up in the sky, they might get a report: Houston, we have a problem with the scoring.