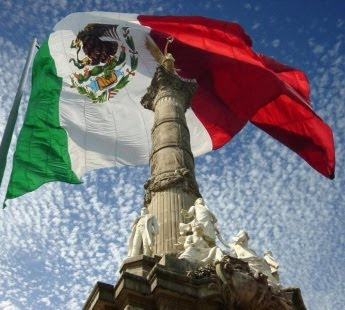 With Mexican Independence Day approaching, it’s only fair to give our friends from South of the border the same attention that we’ve given to our American friends and our members/readers from the UK and Puerto Rico.

No mystery here. Marquez is the lineal and true Lightweight champion and has fought a level of opposition over the last three years that would rival anyone else in the sport. Of his four losses, two were of the controversial variety (Manny Pacquiao, Chris John) and one was via DQ in his pro debut. Most recently, he has dismantled and KOd Joel Casamayor and Juan Diaz. Regardless of what happens against Floyd Mayweather on the 19th, Marquez belongs at the head of this list.

It’s tough for the little guys to get the respect they deserve, but Sosa certainly should be getting more of a nod for the fact that he’s made 9 successful defenses of his WBC Jr. Flyweight title and has gone undefeated, at the championship level, for six years. Sosa began his career as a novice battling better-prepared world class fighters like Ulises Solis, Omar Niño Romero and Manuel Vargas and managed a very modest 12-5 record…Now, 24 consecutive wins later, he sits in the #2 spot of all active Mexicanos.

“La Zorrita” has been up and down the block so many times it’s hard to comprehend that he’s still about a year away from his 30th birthday. The defending WBC Super Featherweight champ has only been beaten decisively at the championship level once (by Joan Guzman) and has shown to be a class act and a very solid champion.

Montiel is in possession of Hall of Fame skills, but has little to show for it recently. His last big win came about two years ago against Z Gorres in the Philippines. His recent technical draw with Alex Valdez was a real downer since the cut he suffered in the non-title bout will keep him out of action and away from the big fights even longer

If Edgar Sosa has trouble getting the respect he deserves, try going down another weight class and arguing the case for this talented IBF Minimumweight Champ. Garcia has quietly gone on to become one of the busiest champions in the game with 5 title defenses in 14-months against quality opposition.

Would be higher on the list if not for being mostly inactive since his series of wars with Israel Vazquez. Marquez is a fierce warrior with wonderfully solid fundamentals. He’s a pure joy to watch for hardcore fight fans and was often regarded as the more talented of the Marquez brothers.

After a tough loss to Kermit Cintron, “El Perro” recently came back strong with a demolition of Gabriel Rosado. Angulo is a little green and needs to work on some of the finer points, but there’s no doubting his fire and his guts. Angulo could very well go on to become the most successful Mexican fighter north of 147, ever.

Segura just recently captured the WBA Light Flyweight title via controversial stoppage. However, “El Guerrero Azteca” has everything it takes to make the Aztec Nation proud.

Andrade is not the swiftest or best technical boxer around, but there are few tougher and few with sturdier chins. Andrade gets a second crack at IBF Super Middleweight champ, Lucian Bute after the controversial ending to their first bout.

This pick is with an eye on the future. The 19-year old Welterweight from Jalisco is becoming somewhat of a folk hero in Mexico and has recently taken the next step up in competition. “El Canelo” is still a distance from the elite level, but he’s busy, strong and talented enough to get there.

Israel Vazquez (Makes his return in October), Ulises Solis (Ex-Champ should not be forgotten), Jorge Arce (Tough and about to challenge for another World Title) and Abner Mares (Young prospect seems back on track after serious injuries)