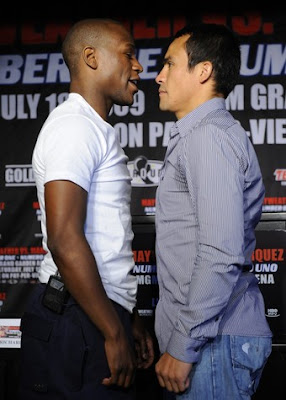 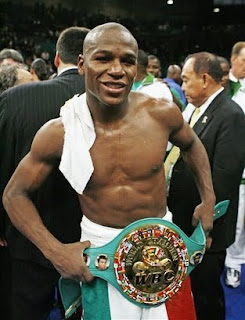 Pre-Fight Quote: “You can expect blood, sweat and tears on Saturday night. I predict one hell of a fight.” 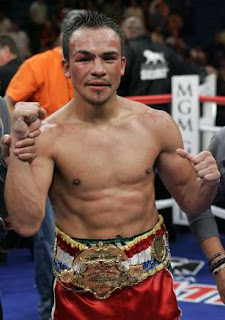 Paulie the Sicilian’s Prediction: Yeah, Mayweather’s bigger, younger, fresher and faster…but he’s also coming off a 2o-month layoff, fighting someone ranked no lower than #2 on any credible Pound-for-Pound list and he’s going to find himself across the ring from the one style best suited to beat him.

A lot is made of Marquez moving up from Lightweight, but the weight issue is overstated. Mayweather is a small welter and Marquez may actually find some benefit from his Lightweight hand speed.

Marquez can take comfort from following the careers of Roberto Duran and Shane Mosley, two Hall of Fame Lightweights who beat Hall of Fame Welterweights (Sugar Ray Leonard and Oscar De la Hoya, respectively) after departing the 135 lb. division. He can also look back on other top Lightweights who made big splashes at 147: Julio Cesar Chavez, Pernell Whitaker, Manny Pacquiao and even Mayweather, himself…

The fight will be a chess match for the first three and then the action will pick up as both fighters work on their timing. Mayweather will find success with lunging right hands, Marquez will counter with standard, textbook-perfect combinations and dogged body work.

By the 8th, Mayweather begins to pull away as he gets his timing together…He puts Marquez away in the 9th after some blazing shots at the end of the round. Nacho refuses to let Marquez come out for the 10th.

After the fight, Mayweather will call out the winner of Pacquiao-Cotto.