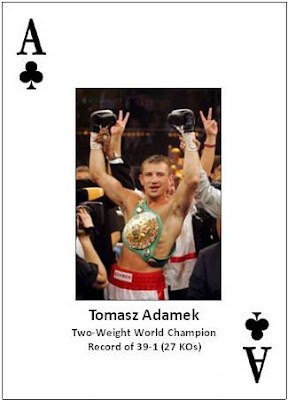 by Dafs 117
Cruiserweight king Tomasz Adamek is coming off a crushing fifth round kayo victory over Polish icon Andrew Golota. In a new feature from the Boxing Tribune, we assess his current options and possible paths, judging fighters he should challenge, and the fighters he should definitely avoid.

Firstly, we estimate that Adamek’s long term goal is to eventually get a fight against a Klitschko. We then looked at who’s challenged Adamek, who’s in a position that Adamek would like to be and who Adamek needs to fight to kick off his heavyweight dream. 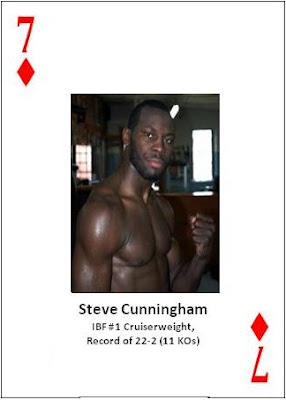 Steve Cunningham: Leading the pack who has repeatedly voiced his cause for a rematch of their thriller last year, Steve Cunningham is the only real option at 200 pounds for Adamek. After knocking Cunningham down three times in their 12 round brawl, the Pole still only managed to scrape a split decision victory over the American. Cunningham out-boxed Adamek, similar to the way Chad Dawson did to claim the WBC light heavyweight title from Adamek, but the Pole convinced the judges that he was king at 200 pounds. If Adamek does decide to move down to cruiserweight, surely Cunningham is the only option. It’s a great bout with a lot of interest from fight fans. But if Adamek wants to enhance his reputation further, Steve Cunningham is not the guy to do it. Too much risk for so little award.

Eddie Chambers: After suffering a unanimous defeat to Alexander Povetkin over a year ago, Eddie Chambers has quickly regained his position as the top American heavyweight contender with stellar performances against Samuel Peter and Alexander Dimitrenko, both times winning decisions away from his hometown. As a boxer with a height advantage you would expect Eddie Chambers to outbox Tomasz Adamek early on but with Adamek’s pressure, Chambers will eventually lose the close rounds and surely it could make a compelling finish. With Chambers a name considered for a title shot by the WBO, he’s a name that Adamek should target soon if he wants the chance against a Klitschko.

Alexander Povetkin: As he’s IBF’s top challenger, Tomasz Adamek would need to get past Alexander Povetkin to get his shot at Wladmir Klitschko in 2010. The Ukrainian throws about the same number of punches as Adamek over the course of the fight but Adamek is considered to be much quicker than Povetkin. Povetkin however will hold a slight advantage in the power stakes and with new trainer Teddy Atlas behind him, it will hard to see Adamek beating the Ukranian based on his recent performances. As Povetkin is considered to be the next best thing after the Klitschko’s, a victory would see Adamek probably be ranked as the third best heavyweight and set up a potential showdown with Wladmir Klitschko, the IBF heavyweight champion.

Samuel Peter: Samuel Peter is trying to revitalize his career with Top Rank following a string of defeats that has seen him quickly fall down the pecking order with many leading organizations. The Nigerian Nightmare still possesses huge knockout power and will prove a stern test to Adamek’s discipline to not go and trade with the bulky Peter. I strongly feel that Adamek could easily tap dance around Sam Peter for 12 rounds and win a shutout decision. A big performance, with a stoppage victory, would probably see Adamek ranked in the top 10 at heavyweight. With Peter’s 30 pound weight advantage, Adamek would struggle to deal with Peter’s bombs if they can find their mark. Adamek would enhance his reputation with a victory over Peter, who is now surely past his monstrous prime. 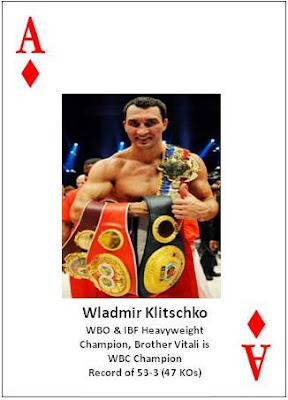 Wladmir Klitschko: Don’t be stupid now Tomasz. Beating Andrew Golota hardly merits a title shot at Wladmir unless you’ve got the marketing brilliance and the mouth of David Haye. Adamek needs seasoning, experience and rounds at heavier weight against better class opponents before thinking about a Klitschko. However, the Klitschko’s aren’t stupid, and can see that Adamek is a long term threat. They’ll see that the sooner they face Adamek, the better and with the size advantage they will beat him so badly, we won’t see him at those heights again in the division. Why hasn’t Juan Carlos Gomez, another former Cruiserweight king, fought again after getting demolished by Vitali Klitschko? He hasn’t recovered, and frankly neither would Adamek.

The Boxing Tribune Pathway Too Success: You’ve got a year and a half to practice, probe and get yourself in the best possible mental condition for a battering against a Klitschko. We would start with a 10 round unanimous decision tap dance over Samuel Peter. Then move on to ranked contender Eddie Chambers and hopefully stun him into a close decision. By keeping busy in New Jersey against over the hill former contenders, Adamek would impress the bosses at K2 promotions and spot that Adamek is ready to get a beating. He gets his massive payday, gets pizza faced by jabs and notches a second defeat on his record.