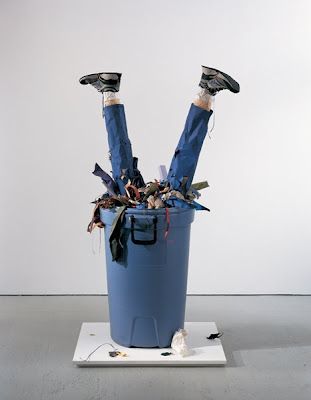 Madcow’s most recent article, “Boxing Fans are Morons and The Fighters Can’t Fight” apparently caused a stir among the internet troll community. Here is the one comment of the bunch that didn’t blow up our spell check:

Your “article” (and I use that term very loosely) would have been better served had you not resorted to childish insults, yourself.

I mean, on the one hand you’re sitting there bitching about the state of the sport, and it’s fans, in particular…..

Yet in the same breath you’re calling the fans who participate in active boxing discussions all over the internet, on a daily basis childish insults as well ; things such as “human driftwood”, “complete and total morons”, etc…

Why don’t you try taking your head out of your ass for a moment, and stop being such a hypocrite.

Maybe then people would actually start paying attention to what you say.

If not, I got some solid jokes about Floyd Mayweather’s sexual orientation I could toss your way, to ease the blow.

Your opinion on this sport (or it’s fans) isn’t any more valuable than the next fuckwit with an internet connection.

In summation ; Fuck off.

I guess you really showed us…

Well, thanks for your comment, but I think you missed the point. You see, the point of the article was to start an initiative to take back the sport from those who, day in and day out, show no respect for it by wasting valuable time on lies, half truths and absolute, off-topic, BS.

Boxing has already become so marginalized…and the little space that is devoted to it is often hijacked by idiots living out some adolescent rage behind the safety of the computer screen.

While you may not agree with Madcow, nobody is forcing the article down your throat the way internet trolls force themselves into real discussions that destroy logical debate in most major forums.

So, I’ll file this under “Comments from those who don’t, can’t or won’t understand” or “The Beginning of the Troll Rights Movement.”

By the way, lest you think that boxingscene.com was actually behind this comment, the author of this letter to the editor is actually a member of the boxingscene forum, named “The Bringer.”

Well, “Bringer,” there’s more to boxing than finding a cool avatar and funny sig…Your knee-jerk defense of the mentally challenged in your own forum and childish pride in announcing this comment in a boxingscene thread, leads one to believe that you are also of the troll-minded variety…So, kindly Fuck off as well and next time I’m at Burger King, please “Bring” me my fries while they’re still hot…

The Boxing Tribune and The BTBC forum are for “big boys” who actually care about the sport and want to talk about issues pertaining to boxing and its advancement back into the mainstream. This community, obviously, is not for you…stay where you’re at…