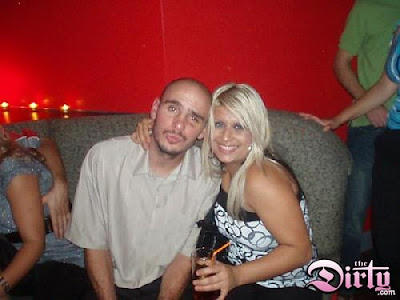 Back when Kelly Pavlik first won the Middleweight title against Jermain Taylor, any sane fan would pretty much have to force himself not to like “The Ghost.”

How could you dislike a power-punching, blue-collar champion whose very presence on the world stage seemed to fly in the face of every modern boxing convention?

This kid had grit, heart; A real throwback to when fighters only fought and fans loved them for it.

Now, fast forward to today’s announcement by Pavlik promoter, Bob Arum, that Pavlik would be fighting journeyman and former cast member of “The Contender” reality show, Miguel Espino, on PPV from Pavlik’s hometown of Youngstown, Ohio on December 19th.

Fine, a tune-up…perfectly understandable if not for the fact that Pavlik had just finished withdrawing from a bout with Paul Williams on December 5th, citing medical complications from a staph infection in his left hand.

Apparently, the two week difference between the bouts will do wonders for a Kelly Pavlik who was reportedly near death due to complications from the infection.

I guess, at this point, everyone can see through the charade. Pavlik’s hand is not infected (or at least not to the degree that his people wanted us to believe), his plans never really included Paul Williams and, saddest of all, he simply is not the champion, or man, we thought him to be.

Kelly needs to take a major personal inventory and think about the real low-class, bush league way his career has been handled. He obviously needs a new team around him that will not bother signing fights that he plainly doesn’t want to take.

Not only has Pavlik wasted the time of Paul Williams, who was assured that the fight would take place after Pavlik passed a pre-signing physical, but he’s wasted the time of the fans who kept expected to be treated to a potentional Fight of the Year, but kept getting disappointed as the delays and postponements from Pavlik stacked up.

The biggest loser in all of this, though, is Pavlik himself, who will be making a fraction of what he was to make against Williams and now has to take the unforgiving lashing about to be unleashed by boxing fans around the globe.

Pavlik has it coming…

Now, let the conversion from blue-collar legend to laughingstock begin.