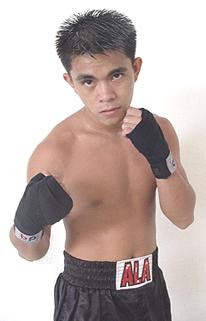 Just as the world is preparing for the mega-fight between his country’s hero Manny Pacquiao and Puerto Rican Miguel Cotto, a boxing nightmare occurred in Las Vegas, as Filipino prospect Z “The Dream” Gorres collapsed after improving his record to 31-2-2 with a 10-round unanimous decision verdict over Columbian Luis Melendez at the House of Blues in Mandalay Bay by 98-90, 98-90 and 97-91.

After out-boxing his opponent over nine and a half rounds, the talented 27-year-old Z Gorres, was knocked down in the tenth and final round. He survived the bell, but shortly after the announcement of the verdict, reports suggested that Gorres walked back to his corner unsteadily and eventually collapsed. He was later rushed to the UMC Hospital in Las Vegas.

Gorres suffered a subdural hematoma and had to undergo emergency surgery. The Filipino fighter is in a medically-induced coma and is scheduled to have further tests over the weekend.

Gorres is one of the top bantamweight boxers on the planet, and has battled against the best of the division. He battled to a draw against the trash-talking Vic Darchinyan but lost a close and scrappy controversial decision to Mexican, Fernando Montiel, who he was scheduled to fight on February 13th in a rematch at the Las Vegas Hilton Hotel.

The BTBC’s thoughts and prayers go out to Z Gorres and his family.