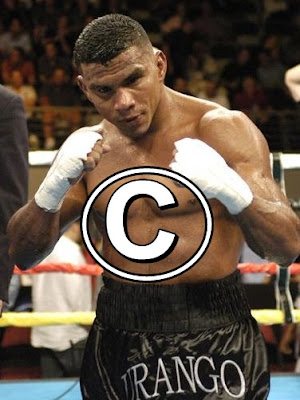 In an ideal world, there would be only one champion per division, but unfortunately, boxing in the year 2009 is not ideal by any stretch of the imagination. For that reason, The Boxing Tribune has designed a new feature to rate recognized alphabet champions.

Hopefully, this will give the fans a clearer idea of who are the “real” champions and who are just simply belt holders.

Current Title: IBF Jr. Welterweight Title
BTBC Ranking: #7 at Jr. Welterweight
How He Earned His Title: Bludgeoned the usually tough Herman Ngoudjo en route to a UD win for the vacant IBF crown.
Defenses: Randall Bailey, TKO 11
Next Defense: Undecided
Down the Line: Kendall Holt, Zab Judah, The Winner of Diaz-Malignaggi II
Comments: Urango looked sloppy and vulnerable in his sole defense of he title against Bailey, but as is usually the case with the southpaw, Urango, his tremendous one-punch power turned the fight around and led him to victory. His challenging of Andre Berto at Welterweight was both pointless and disappointing. Hopefully, the urge to move up to 147 never comes up again because there is plenty of talent at 140 and several quality match-ups to be made within his own division.