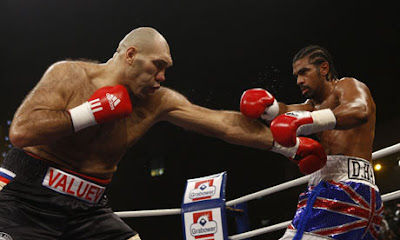 There was much hype about November’s fan-friendly month, but did it deliver?

October finished with a Halloween treat from Yhonny Perez and Joseph Agbeko. A great fight and Perez deserved the win overall out-thinking Agbeko from Round 1. It was closer than I probably make it out to be, but still Perez won the fight. Don King said that he had sold the fight too over 200 countries on the web. Really? A bantamweight fight selling in over 20 countries would be something, but 200 sounds like an MMA figure to me.

Sam Sexton stopped Belfast cabbie Martin Rogan who was out of gas (that’s an awful pun) after the 5th round. It was still end to end stuff, but Sexton looked more relaxed in this fight. A third fight would just end up in the same result for British Boxing’s Balboa.

Alfredo Angulo is a beast… at club level. Flu or no flu, I highly doubt that El Perro can carry his extreme power and pressure to the not so bright lights of the light middleweight division. His stoppage over Harry Joe Yorgey was impressive, but not the war that it was promised to be.

If Angulo isn’t quite the finished article, Chad Dawson is. He’s on the top of his game who has amazing talent and discipline. Glen Johnson couldn’t live with him. He maybe another African American star who lacks a fanbase. Fans follow local fighters or fighters they can relate to. You don’t see Filipino fans following Wladmir Klitschko. Anyway, a talent that’s not likely to be defeated for a long long time.

At last, Nikolay Valuev is out of the WBA picture. David Haye made him look silly. Valuev was awful, slow, and when he was wobbled in the final round, I wanted to see him make a hole in the canvas. Nothing against the guy, I just wanted to see a 7ft mammoth of a man fall flat on his back and cause some movement on the Richter scale.

Matthew Hatton is not world class, neither is Lovemore N’Dou. There fight wasn’t a thriller. They were evenly-matched. They evenly-fought. But they were evenly-awful technically. If Hatton wants to be considered around the top 10 welterweights in the world, I personally don’t count him as the top 10 in Europe, he needs to get a move on and beat figures such as N’Dou. Look Manchester fight fans, Matthew is no Ricky. Let the Turkish Tyson, Selcuk Aydin at him. That will prove if he’s in with the A crowd.

Julio Cesar Chavez Jr. failed a drugs test! Finally a reason for Bob Arum to drop him off PPV. Daniel Santos is a bum. Big talk, even thinking ahead, but Yuri Foreman was on his game, and even the feather-fisted Rabbi in waiting knocked down the underprepared, unprofessional Santos. Alfosno Gomez is up and down like a jack-in-a box. He’s class one day, he flops on another. Then, the main event. I’ll keep it short and sweet, as I don’t want to rub it in Bori’s face anymore, though I highly doubt he reads my stuff. Manny Pacquiao cruelly battered Miguel Cotto in something the RSPCA would have stopped earlier. He cemented his position as P-4-P #1. Yes, Floyd Mayweather Jr. is not the #1. He might be the best fighter, but Pacquiao’s achievement tops Mayweather’s talents in my rankings, and any reliable ratings.

If Rodel Mayol learned one thing from two Ivan Calderon fights, it was the way to head-butt. It took him two rounds to make Edgar Sosa uncomfortable, before dismantling a groggy Sosa who still hadn’t recovered from the head-butts. I later figured out that Andre Ward is America’s answer to Amir Khan, only with a chin that he can rely on. Athletic, fast and powerful, he is the real deal and will win the Super 6 tournament. There’s only one man that can stop him and that is Carl Froch, who I believe will dismantle Mikkel Kessler in the City Ground. Some might be aware of my far-fetched Super 6 set-up theory, but that’s for another day.

To finish off with a B.A.D card, that had BAD broadcasting to match. I understand that Ali Funeka won the fight, but if you watch the fight closely you can see how the judges scored it 114-114. I scored it 115-113 to Funeka, but HBO’s brainwashing remarks convinced the whole boxing world that Funeka won by a near shutout decision. Funeka won, and my scoring was probably tight on Funeka, but HBO needs to be fairer in their analysis of bouts, they can’t just go on and rip off officials. They need to consider how they saw it. It was closer than they made it out to be. I was very miffed by Joan Guzman’s performance, or the lack of it. I touted him as the poor man’s Floyd Mayweather. He was more the rich man’s Emmanuel Augustus. Lucian Bute stopped the best chin in boxing, Librado Andrade. He is #1 at Super Middleweight for now, but needs to face a big name to keep his stock up. Could Kelly Pavlik be the guy?

Thank you Danny Green. One less Celebrity Boxing match-up on HBO next year. That must be good, surely. What’s the big fuss about Bernard Hopkins only making $200,000 from his Enrique Ornelas win? He makes millions for standing next to Shane Mosley blabbing in Mayweather’s face how much of a pussy he is.

I respect Paul Williams. He’s a great fighter. But he can’t go crying because he can’t get a shot at the ego-driven welters. He’s not in the picture as he doesn’t contest at welterweight, not involved with anybody close to the ‘Top 4’. The fight was great. Sergio Gabriel Martinez should have earned a draw. That first round was his round, his knockdown had more effect than Williams’ and he dominated most of the round. Anyway, I scored it 114-114. What if Julie Lederman had scored it 115-113 to Martinez. Would a rematch be on the cards straight away? I highly doubt that a rematch would take place. If a rematch comes around, it’s a simpler task for Williams, a decision or late stoppage in ‘The Punisher’s favour.

Amir Khan is the real deal. I could have lasted longer than Dimitry Salita. I would have been pissed off if I had bought it on PPV. Something I detest is unworthy PPV. How Khan-Salita is PPV and Pacquiao-Cotto is free for all amazes me. Kevin Mitchell is not the real deal. Just because he tamed a monster in Breidis Prescott, I highly doubt that he would beat John Murray or Michael Katsidis for that matter. That’s the level were talking about, WBO Eliminators do have some talent sometimes.

Overall, the November month was a success. Not short of controversy, high PPV buys and spectacular performances. One of those spectacular performances was from yours truly, on the Forum’s Prediction League. Ok, I know I’m blowing top C on my trumpet, but I’ve lasted the whole of the November schedule. Mind you, I did get over half of my predictions wrong, but so did the challengers. Hopefully, the luck of the Welshman will continue, but my recent form makes me more vulnerable than Austria during the Second World War.

Are HBO producers in love with light middleweight?! They haven’t had this much coverage on HBO even when De La Hoya was fighting in the weight class! Angulo, Santos, Foreman, Kirkland, Martinez, Williams, all fighters (were) backed by HBO that make their trade at 154 pounds. Greenburg has picked a wildcard of a weight class there!

Does someone have a time machine? I want to fast forward to March 13, I cannot wait!

Laters, from the very wet land of my fathers.