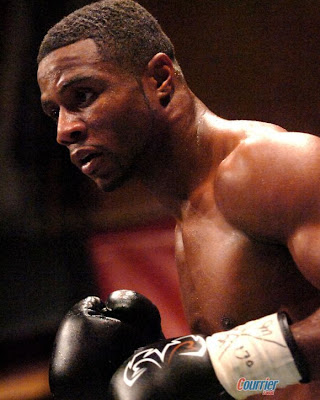 Both challenger, Adrian Diaconu (26-2, 15 KOs), and WBC Champion, Jean Pascal (25-1, 16 KOs), came into their bout Friday night at the Bell Centre in Montreal, Quebec, Canada with their trademark qualities on full display. Pascal utilized his athleticism while Diaconu fully showed his characteristic tenacity through 12 quality rounds that ended in a unanimous decision for Pascal.

At several points in the bout, both fighters seemed affected by their opponent’s power, yet continued to trade on occasion.

As the fight progressed, Pascal remained ahead throughout based on sheer hand and foot speed, but Diaconu was never far behind.

At the end of the tenth, Pascal appeared to have hurt his right shoulder and it was apparently popped into place by his corner between rounds. The injury didn’t slow Pascal down too much as he pretty much continued his pace in the last two rounds.

This was Pascal’s second defense of his WBC Light Heavyweight title.

The stage now seems to be set, at least on paper, for a Jean Pascal-Chad Dawson contest seeing that Dawson is now Pascal’s mandatory number one contender.

Don’t expect any comment from Dawson or his people any time soon since they’re first trying to campaign for a fight with Bernard Hopkins in April of next year.

On the undercard, former WBC Super Middleweight champ, Eric Lucas, officially began his comeback from a three-year retirement by stopping journeyman Ramon Pedro Moyano in four of a scheduled eight.