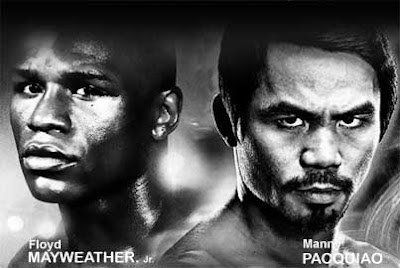 Today, Manny Pacquiao ended the debate as to whether the Fight of the Millennium between him and Floyd Mayweather would ever take place.

Turning back is likely not an option and it is unheard of for two litigants to enter into negotiation for a fight. As a matter of fact, Pacquiao’s attorney will surely advise against Pacquiao having anything to do with Mayweather and Golden Boy.

Barring a major miracle, this fight is dead.

But as the story continues to be a source of debate among fans and media, there are so many issues that have yet to be fully understood by those debating. I see the confusion as I wander through cyberspace: From Twitter to Facebook to the numerous boxing sites and forums.

Confusion, questions and unresolved issues abound in this story of the mega-fight that never was…Here are some of the major misunderstandings swirling around this debacle and the facts behind the controversy.

Manny Pacquiao is on some sort of Performance Enhancing Drug(s)

First and foremost, Manny is innocent ’til proven guilty and has never tested positive for any banned substance. The Nevada State Athletic Commission has no reason to suspect Manny of foul play and has had no plans to put him under supervision.

Theories abound as to the source of Pacquiao’s abilities, but until some evidence to the contrary is provided, Manny should be treated as innocent of any doping allegations.

This is patently ridiculous and pure spin manufactured by the Top Rank camp and Mayweather’s dedicated crew of true haters.

You seriously have to question the intelligence and/or boxing sophistication of someone buying into this line of thought.

Everything Mayweather has done since coming back from retirement has pointed towards his desire to fight Manny Pacquiao. This is THE legacy fight for Mayweather.

Even now, as the fight appears to be dead in the water, it’s Mayweather who is signed, sealed and delivered. He was quick to agree to all terms and even compromise on purse split.

I know the “Mayweather ducked so and so” legend is all the rage these days, but there’s no way it applies to this case.

The blood testing being insisted upon by team Mayweather is a contractual stipulation and has nothing to do with the rules and regulations of the Nevada State Athletic Commission (NSAC).

The NSAC has their own testing procedures and will enforce them as usual. What Team Mayweather is asking for is testing above and beyond the minimum standard of the NSAC.

As part of a contract sipulation, a fighter and his management are pretty much free to negotiate any terms (that don’t directly contradict state regulations). Glove size, ring size, purse, venue, additional testing, weight stipulations, etc…are all issues worked out between the two fighters and their representatives.

Of course, it’s also within each fighter’s rights to reject any contract stipulation offered by their opponent.

The NSAC does a good job of screening for steroids and other stimulants, but it would be unlikely that, in this day and age, such a high profile fighter as Manny Pacquiao could get away with using steroids over a long period of time.

However, it is much more feasible and likely that a fighter could be using other PEDs without detection.

Human Growth Hormone (HGH) and Erythropoietin (EPO) are two banned, yet naturally-occurring substances whose use can easily be hidden from normal commission screening methods.

This is just plain silly.

The first story that came out of the Pacquiao camp was that Manny had a phobia of needles…until somebody realized that Manny has several tattoos. Then, he had a superstition about giving blood…until it’s pointed out that all fighters have to give blood prior to their bouts to screen for HIV and Hepatitis. Then, Manny has a superstition about giving blood too close to fight night…

Whatever the case, this line of thinking is patently infantile and it does nothing to help Manny’s case.

The USADA is one of the world’s most trusted testing agencies and has supreme experience in dealing with the finest athletes in the world. They operate based on The World Anti-Doping Code and rules established by The International Olympic Committee.

Whether Oscar De la Hoya has a friendly relationship with the director of the USADA or not, it seems unlikely that the organization would jeopardize it’s status and relevance by screwing over one fighter in one prize fight on one given night.

Mayweather is looking to weaken Pacquiao by drawing blood:

From the USADA Quarterly Newsletter:

The amount of blood drawn for the tests combined is
minimal, totaling 9mL (just over one-half of a tablespoon)
and would not negatively impact a normal, healthy
person.

Team Pacquiao did offer up a compromise to Team Mayweather’s proposed testing. Three blood tests: One around the time of the kick-off press conference, one no sooner than 30 days before the fight and one immediately after the bout.

Unfortunately, this timing would be meaningless in an effort to screen for HGH and EPO.

HGH must cycle through the system, passing through the liver before being of use to the athlete. HGH’s stimulation of the liver is key in its ability to produce the substances necessary to build strength and mass.

The key to HGH use in boxing is to introduce the substance to the body several days before the event and be out of the system well before the fight starts.

EPO also has to cycle through the body to be effective. EPO, passing through the kidneys, produces the substances needed for augmenting endurance and recuperation. It would also be introduced several days before the fight and be out of the system by fight night.

In the case of HGH and EPO, testing 30 days before and on the day of the fight is about as useful as not testing at all.

Team Pacquiao’s other “compromise” was to let the NSAC decide on the proper testing.

Well, the NSAC already has their own testing procedures and wouldn’t be able to alter them for this fight, even if they wanted. A change in testing would require some serious and time-consuming hearings and investigations. Plus, they have already gone on record as saying that additional testing is purely a contractual matter and not a commission-related issue.

So, essentially, Team Pacquiao’s counter offer was no offer at all…

Ok…so that’s the 411 regarding this mess. I think both parties can (and should) be held accountable for this craziness. I don’t want to hear that it’s all one guy’s fault.

Pacquiao has become accustomed to controlling every pre-fight aspect of his encounters and pretty much forcing his opponents to give in to all of his demands…Mayweather is just difficult, period.

Now, as legal papers works their way through the system, this fight is pretty much a dead issue and now, more than ever, we should be calling for a strong national commission.

In cases such as this, a real governing body would step in and say, “Forget the blood tests and weight stipulations! These are the rules, obey them or we won’t allow this fight.”

Until we get some sort of control mechanism involved, expect more insanity as the inmates continue to run the asylum.