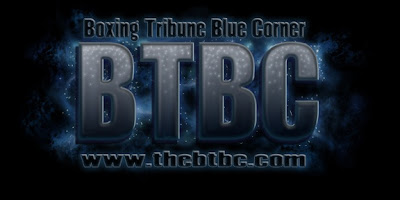 With the proposed March 13 super fight between Manny Pacquiao and Floyd Mayweather Jr. supposedly ‘off’, and names of all kind of opponents branded about on nearly every different skill level possible, we thought we’d beat everyone else to it and give our take on the fighters that are in the running to face the super giants in March.

I wouldn’t complain too much if Quintana gets chosen as Mayweather’s next opponent. Quintana is a tricky customer and on his day, can compete with the best of them as he proved in his victory over Paul Williams. The Puerto Rican southpaw has considerable movement and above average defense, Quintana is basically a smaller version of Sergio Martinez. The problem is, on his day or not, I struggle to see Quintana making the fight competitive.

How do you rile a bunch of haters? Choose an opponent that has as much talent as Bob Arum in the ring. That’s right, this is a total mismatch. Hatton is twenty levels below Mayweather in talent, and the only way Hatton could defeat Mayweather is by drugging him before the fight, and I still see him only scraping a split decision against a half-sleeping Mayweather. Hatton is not a poor man’s version of Malignaggi, more of a tramp version, and if he lands a punch, one punch, I’m sure it would be a candidate for upset of the year.

To refer from the above, why pick the tramp version when you can have the real thing, not that the real thing will make it interesting. Another mismatch that would result in a one-sided bore fest for twelve rounds. Malignaggi is very durable and could probably stay with Mayweather for the duration of the fight, but that doesn’t make this one any the more worthwhile on PPV. Twelve rounds to nil to the Pretty Boy, Mayweather not Malignaggi.

Are HBO really going to splash out on this to make it an event? If they do, I’m calling for Greenburg’s head. This is the last fight I want to see, who cares if Manny beats Foreman? He might win another title at another weight class, but why Foreman over Martinez, Clottey even Kermit Cintron. I know Foreman’s with Top Rank and Manny would get 70-30 deal, but c’mon, you can’t be serious. Someone who beats a bum called Daniel Santos gets thrown onto the P-4-P stage. Way to go, Bob Arum. Saying that, I actually do see Foreman making some sort of an effort.

We’ve all seen what happens when Pacquiao faces a hittable opponent. This would be another easy night out for Pacquiao, they might as well plan the victory concert before they even get there… oh yeah I forgot, that’s what they do when the fight is fixed. Pacquiao would dart in and out and then remember that Malignaggi can’t crack an egg and take him out in the middle rounds. PPV worthy? Maybe, but not for $50.

Pacquiao’s camp would demand the fight at 145 pounds, a weight that Marquez’s speed/power ratio drops significantly. Pacquiao would win this comfortably, even though you would get glimpses of how Marquez has been competitive in the first two fights. If the fight takes place at 140, hats off to Pacquiao, as I believe Marquez would give him a tougher fight, but don’t expect this to take place as Foreman is the front runner.

The poll is on the forum, you decide HERE