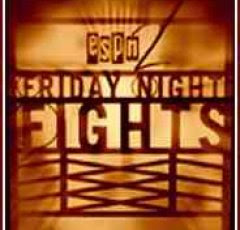 
The heavy hitting Miranda started the better, rocking Karmazin in the third round. Karmazin decided to work behind the jab, and it was all good until he was dropped from a stiff right hand from Miranda in the ninth.

The wobbled Karmazin came back in the tenth to floor Miranda twice in the tenth, first might have been a slip, but there was no questioning the second. Karmazin threw a bullet right hand of his own to win the IBF middleweight elimination clash and should face the IBF titlist Sebastian Sylvester, who faces Pablo Navascues on January 30th in the German’s backyard.

On the undercard Andrey Fedosov won the battle of the fat guys against Lionel Butler by second round stoppage.

Karmazin looked far from his best out there last night and struggled to deal with Miranda’s right hand, which remained a constant threat and point scorer for the Colombian throughout the fight. Sylvester is another step up from Miranda, and although his record suggests that he doesn’t hold any threat in the power stakes, you would be wrong. Sylvester does have a powerful right hand, quicker than Miranda’s, and this could spell problems for Karmazin. However, this was a great start for the sport in 2010, and it was good to divert some attention away from the empire state egos of Floyd Mayweather Jr. and Manny Pacquiao. Is this a sign of what is to come? Let’s hope so.