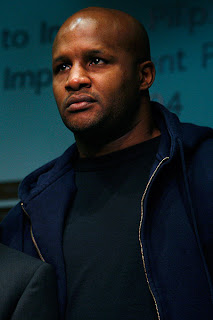 Boxing Tribune: First, thanks for taking the time to talk with us. Looking back on your career, would there be any personal decisions you would change?

Michael Moorer: Not to trust people that I thought were out for my best interests.

BT: At Light Heavyweight, you were dominant…do you ever regret not staying at 175 a bit longer to maybe unify the division?

MM: No. I tried to unify the belts many a times, but we could never get anyone to fight me. Emanuel, at the time, tried to negotiate. Main Events tried to negotiate with people to fight me, but they never would follow through with the fights. You know, I guess there was some intimidation, I’m not sure. But my weight…I would walk around at 206 lbs. And being at 206 lbs, I would have to lose all that weight to get down to 175 lbs. I told Emanuel at one time, “I’m just tired of making that weight. I want my body to mature into being a man.

BT: As a three-time heavyweight champ during a real solid generation of big guys, What do you think about the current crop of heavyweights?

MM: You know, there’s a lot of good talent out there, Just not the talent like when I was coming up or before me as a heavyweight, but it’s more dominated by the Europeans because of the work ethic they have. I remember when I was champion. My work ethic was so strenuous and the fighters these days..they don’t do the things that I did or the Europeans guys, what they do. And it’s sad because we have a lot of people with natural ability, good talent, but they try to find the easy way out at all times. They don’t want to sweat hard or, when they get tired, they don’t want to push themselves to the limit…and that’s not right. It’s not the way a boxer should think. A boxer should always be prepared at all times, whenever he’s ready. Whenever he’s ready, he doesn’t have to worry about anything.


BT: Do You think that’s just a heavyweight issue?

MM: No, that’s a fighter issue in general

BT: How would you handle the Klitschkos if you were going to fight them?

MM: Well, they’re very awkward. I’ve fought guys from Russia. Being on the United States boxing team in the mid 80’s, I fought those types of guys and I took the fight to them. If you can take a punch, take it to them. They’ll get off two or three punches, you’ll get off one. That’s what you’re worried about and that one punch can hurt them and you’ll be heavyweight champ of the world. They are not invincible, we know that already. It’s just that the Americans don’t have the work ethic. None of these fighters, as far as any weight
goes, have the work ethic. The only one that I can say that has the most unbelievable work ethic is Manny Pacquiao. I was in the training camp. I watched him train. Unbelievable.But that is the way you’re supposed to train. He gets his rest. If he’s tired, he’ll let you know he’s tired. Because he exerts so much energy. So much.


BT: What do you think is going to happen between Manny and Joshua Clottey? 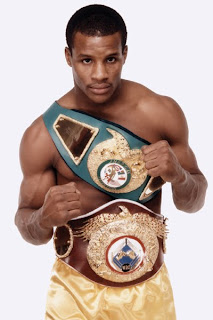 BT: You’ve worked with some of the best trainers in the game. What was the best piece of advice a trainer ever gave you, either about boxing or life?

MM: There’s probably been different things. I mean, I’ve had a few trainers. Each one of them has probably instilled something in me that made me think about it, but I can’t pinpoint one just off the top of my head.

BT: You’ve been out of the spotlight for a bit, what have you been up to lately?

BT: You were most recently working for Freddie Roach at the Wild Card until there was some sort of split. You know how rumors spread around…would you like to set the record straight regarding the split? Why did you and Freddie decide to part ways?

MM: There’s nothing bad to say. It’s just that I was so far away from my children and I wanted to be with my children. I grew up without a father. I didn’t want my children to be there without their father. So I said, the best thing for me to do was to head back home to be closer to my family.


BT: Another rumor floating around was about Manny Pacquiao, performance enhancing drugs and some insider knowledge you may have. Would you like to shed some light on the issue?

MM: Believe nothing you hear and half of what you see. Until he tests positive for steroids, then people can say, “I told you so.” Manny Pacquiao is the type of person who just trains his ass off, point blank, and he is so dedicated to being the best. And, you know, the super fight with Floyd Mayweather Jr…I don’t know what kind of games they were playing, but I wish that my name was never brought up in that because people in boxing know that I’m not that type of a guy that you could just say this about Michael Moorer, say that about Michael Moorer. If you have something to say to me, you come to my face as a man and then we’ll handle it like a man. I’m not making threats or anything, I’m just saying. If you ask me a question, I’ll let you know. I
don’t live my life as a lie.


BT: Are you looking to get back into training anytime soon or are you just content with what you’re doing?

MM: I’m training guys. We have some young guys at a gym called The Heavyweight Factory. We are recruiting former athletes, basketball, football, whatever type of sport- and you have to be a heavyweight. We’re trying to develop those guys who didn’t make it into the professional league to see if they could, you know, switch it and make themselves into boxers. Our first show is February 16th at the Hard Rock here in Hollywood, Florida.

BT: Thanks for your time.