Nothing major going on this weekend, but plenty of minor second-tier fights scattered around the world and weight classes. The Mexican results have already been posted.

The tall and awkward southpaw troubled Porter who eventually turned up the heat in the later rounds to earn the decision. Porter looked a small junior middleweight, which might cause some difficulties as he steps up the ranks.

Jordan was harshly penalised for spitting out his mouthpiece, but despite having the odds stacked against him, provided a stern test for Porter. So often in these type of fights, you get one shutout card. And we got it here. A shutout 100-89 for Porter followed by two more accurate 97-92. 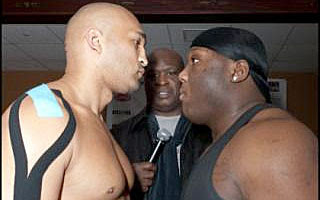 o (32-5, 21 KO) kept himself in the hunt to fit the criteria as step-up man by stopping Demetrice King (15-18, 13 KO) after nine rounds to win regional titles. The big-hitting King kept the fight competitive until he started to tire at the mid-way point. 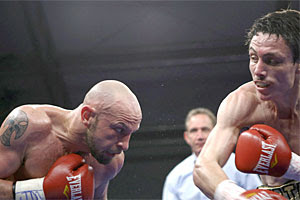 , 25 KO) scored a mild upset victory over former junior featherweight champion Clarence Adams (44-7-4, 20 KO) on Telemundo. A straight right hand floored Adams in the forth, and before he had a chance to recover, Ruiz landed another straight right that finished off the fight.
William Gonzalez UD 12 Jesus Vasquez
Former bantamweight title contender William Gonzalez (24-3, 20) headlined in Miami against Jesus Vasquez (19-4-1, 17 KO) as he attempted to re-enter the bantamweight picture. He ran out a comprehensive unanimous decision win, winning by margins of 119-108, 119-108 and 117-110. Gonzalez lost out to Joseph Agbeko via majority decision in 2008. 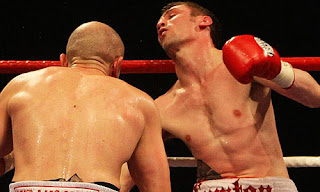 Lawton was floored only 40 seconds into the first round, and immediately turned to survival mode for the remainder of the round. Just before the bell in the second, Lawton was rocked onto the ropes, and referee Soren Saugmann jumped in to give a standing eight count.

Lawton was allowed to continue, but Kirakosyan stopped him in the third after another head-snapping right hand landed flush. Johnny Nelson said something stupid after the fight.

Danny McIntosh (11-1, 5 KO) retained his English light heavyweight title in spectacular fashion with a second-round knockout of domestic veteran Tony Oakey (29-5-1, 8 KO). McIntosh knocked Oakey down early in the second before closing the show by flooring Oakey for the second time in the round. Oakey complained about being counted out, which sounds stupid when you think about it.

Hometown favourite Chris Edwards (14-14-3, 4 KO) won the vacant Commonwealth flyweight title by edging Abmerk Shindjuu (7-3-2, 2 KO) via twelve-round unanimous decision. It wasn’t the best of fights by far. All scores were 115-114. The Boxing Tribune scored it 115-113 for Edwards.

Ricky’s not as talented brother Matthew Hatton (38-4-2, 15 KO) won a stay-busy fight against Mikheil Khutsishvili (13-10-2, 4 KO). Hatton is rumoured to face Saul Alvarez on the Mayweather-Mosley undercard on May 1.

Talented Belarussian junior lightweight Sergey Gulyakevich (28-2, 13 KO) stayed in shape with a comfortable points win against Nikoloz Berkatashvili (15-5, 6 KO). Gulyakevich has some involvement with the WBC at 130 pounds, and could be in line to fight for the vacant title if Humberto Soto decides to vacate.