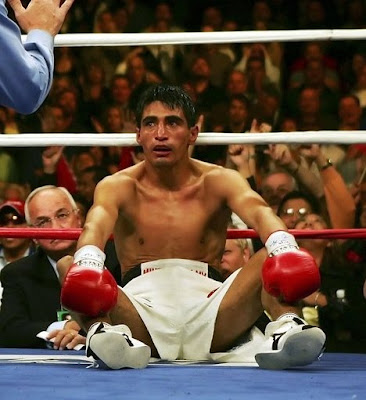 A few years ago I had the honor of co-promoting an event which featured a comeback of sorts for Mexican legend, Ruben “El Puas” Olivares. Actually, it was more of quick money grab for the 59 year old former bantamweight and featherweight world champion.

Olivares was having a tough time and was just about broke. I can attest to his sad state because I was a co-trainer in his gym down here in Central Mexico and I had to deal with the unsavory characters that would burst through the doors looking to collect the debt; These were the types of guys who made other guys disappear, if you know what I mean.

It was a sad state of affairs for a national hero and one of the true greats of the sport.

Obviously, “El Puas” couldn’t make a real comeback at his age and in his condition. The alternative was to cash in on his fame and put some bucks into his pocket. We put some feelers out among the population and came up with more than a few businessmen willing to associate themselves with Olivares.

Ultimately, a local gym owner put up a purse of twenty thousand pesos for the privilege of going a few rounds with a legend. A card was constructed around the exhibition and fans were jam-packed into an auditorium to catch a glimpse of a legendary figure in Mexican sports. The fight itself was more of a low-end sparring session; Three rounds of two minutes each with 16 oz. gloves, but from the fan reaction, you would’ve thought that this was the Olivares of old, battling Bobby Chacon at the Forum in Inglewood, CA.

That night, Ruben Olivares added some much-needed money to his bank account and was able to bask in the adulation of his fans. It was truly a win-win for all involved.

The initial reaction among fight fans is to condemn exhibitions like this as exploitation of a legendary name, but nothing could be further from the truth. It was a celebration of the fighter and not much different than the fantasy camps that exist in just about every organized sport.

This leads me to thinking about Erik Morales and his comeback bout, schedule for this Saturday, March 27th in Monterrey, Mexico.

Morales swears that he’s not doing it for the money, but he can’t seriously think that he’d be able to pick up the pieces of a career that he was pushed out of three years ago. The Erik Morales that steps into the ring on Saturday will be the one who hasn’t won a bout since 2005 and the loser of five of his last six.

At some point, common sense has to enter into the picture and if the fighter can’t execute it himself, it should be forced upon him by the commissions and the promoters. Unfortunately, boxing has never executed such common sense and it isn’t likely to do so anytime soon.

Look at Jose Luis Castillo’s performance on the Pacquiao-Clottey undercard. Castillo has been notably shot as a fighter for years now and his exercise in futility against a club-level Alfonso Gomez was a waste of time for all involved.

All of these guys, from Morales and Castillo to Evander Holyfield and Hector Camacho, are just taking up space that would otherwise be going to other, legit, fighters. None of them will ever be serious challengers for a world title; None are likely to break the top ten anytime soon. 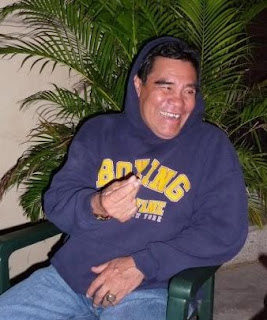 Whether they’re fighting on for money, attention or, in the case of Johnny Tapia, for psychological redemption, they are just wasting everyone’s time on the main stage.

Why not take these legendary names and give them a payday, an ego-boost, and something to do that wouldn’t jeopardize their well-being?

Why not create a “Legends Show” where fans can bid for the honor of being batted around the ring by their heroes? Limit the exhibitions to three 2-minute rounds with 16 oz. gloves, just like the previously mentioned Olivares exhibition. It’s no different than wealthy businessmen paying 20k to spend a week with the old-timers in a baseball camp or some executive paying the same amount to play one on one basketball with Michael Jordan.

Take the show on the road, 8-10 dates a year in exhibitions against novice fans in packed auditoriums. Names like Holyfield, Tapia, Camacho and Morales will sell out all the reasonably-priced seats. Money-wise, the legend’s opponent pays the purse and extra money can be added from a percentage of the live gate.

It’s time for the sport to start exercising some common sense. Tell the heroes of the past that enough’s enough already…They can still get paid, still be treated like stars, but let’s stop pretending that anything good can come from a fighter sticking around way too long.