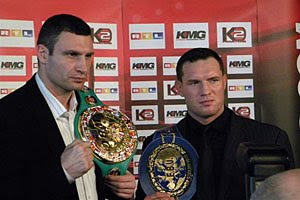 I read a post today from our very own PHONETOOL entitled “Latin Fury 15 PPV another money grab” and I got to thinking about the state of boxing, pay per view attractions, and how we’re still pitifully limited in what we’re getting for our money.

Now before we gather up the torches and storm the Dish Network offices let me say this: I’m not entirely against the whole pay per view structure.  Shows cost money, transmissions cost money, fighters cost money, and so shelling out a little green to watch a fight card that would be otherwise unavailable is acceptable to me.  Hey, you’ve got the right to not buy the show if you that’s your choice.  What I would like to know is why in this digital age where we can get access to just about anything in the world with a few mouse clicks, are theses unlimited pay per view events so limited in their talent?

If they’re going to charge us $35 a shot for a fight card then so be it, but give as a little more. There’s hundreds of thousands of boxers in the world: professional, amateur, recreational, police, military, white collar, and we see none of them.  I can jump on the internet and in minutes watch live footage of a pub in Australia or a traffic intersection in Moscow but if I want to see a great bout from the U.K. or Japan I’ve got to find a trader willing to ship it or wait for a crappy quality youtube video to pop up.  Of course, I could always watch the 98th rerun of a 2006 Roman Greenberg bout on Comcast, why show us the latest Golden Gloves bouts or Wing Championships anyway?

We’ve seen small improvements in boxing coverage over the years, weigh-ins are televised in some outlets and even the opening bouts are shown for free sometimes.  This is great for fight fans and fighters alike but I want them to take it a step further.  Bring us the big bouts from Japan, the U.K., and Canada and let us see some of the big fights we’ve been only hearing about all these years.  There’s no reason why fighters like Mikkel Kessler or Amir Khan should have had over 20 fights and multiple titles before we get a glimpse of them on U.S. television.

If you’re going to charge us then so be it, just give us more to choose from.