Howdy Friends of Boxing…Welcome to the first edition of my “Daily Grind.”

My aim is to bring you your daily dose of the smaller stories of the sport, not exactly “headline-worthy,” but good enough to read over a hot cup of coffee.

*Yuri Foreman “tore his meniscus in his right knee and stretched ligaments” in his bout Saturday against Miguel Cotto and will require surgery. The extent of the surgery and the repercussions on his career are not yet known.

*Top Rank will provide a free, live stream of the non-televised undercard to Ivan Calderon vs. Jesus Iribe on June 12th. The broadcast will start at 4 pm Eastern Time and can be accessed at Top Rank’s website: www.toprank.com

*WBO Cruiserweight champ, Marco Huck, will return to action on August 21st against the dreaded TBA.

*I’m still hearing a small buzz about a Cruiserweight Super 6 tournament ala the Super Middleweight crew…let’s hope it’s not just a rumor. 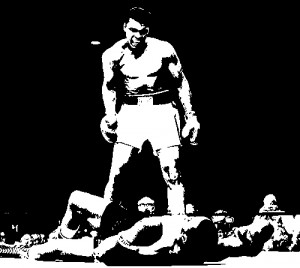 will be throwing out the ceremonial first pitch at Dodger Stadium in Los Angeles on Tuesday, June 8th.

*A good club scrap has shaped up for July 30th as Derek Ennis defends his USBA belt against Gabriel Rosado at “The Arena” in South Philadelphia. Promoted by J. Russell Peltz, you can bet the card will feature competitive and entertaining bouts throughout. Peltz is a fan-friendly matchmaker, famous for putting on quality shows. Tickets are priced at $50 and $75 and are on sale at the offices of Peltz Boxing Promotions (215-765-0922). They can also be purchased online at www.peltzboxing.com.

I hope you like the new layout of the Boxing Tribune…come back tomorrow for another “Daily Grind.”