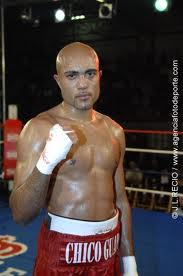 Campillo, coming off a controversial split decision loss to Beibut Shumenov for the WBA strap in January of this year, has been designated by the WBA as Shumenov’s mandatory defense and must receive his title shot by April 23rd of 2011. The Spanish-born boxer beat Shumenov previously, via majority decision in August of 2009. Campillo last fought in May, knocking out Brazil’s Luzimar Gonzaga (31-8, 25 KOs) in one round.

Karl is coming off an eight fight win streak, but has yet to fight an opponent beyond the regional/national level.