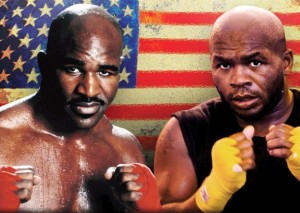 First, a clash of heads, resulting in a deep gash over his left eye put an early end to a contest that he was losing and sent the fans, who had sat through a sluggish undercard, away with a bad taste in their mouths. Then, because of that cut, his higher-paying duel with Brian Nielsen in Denmark will have to be canceled or delayed.

As for the bout itself, Williams was having success against the former champ, connecting with a wide right hand and stopping Holyfield in his tracks several times over the course of the three full rounds. Holyfield seemed relatively sharp, but unable to have much success against the motivated Williams.

And in the televised opener, middleweight, Willie Fortune (10-0, 5 KOs) scored an eight round split decision victory over Donatas Bondoravas (11-2-1, 3 KOs).