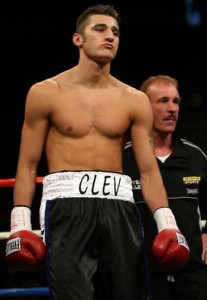 Braehmer, who was to meet WBA light heavyweight champ, Beibut Shumenov, in a unification bout in January was heavily criticized for pulling out of that contest, citing illness, just a couple of days before the event. Now, the German champ with two defenses under his belt, is set to take on the more polished, but significantly less aggressive 175-pounder from Wales.

Cleverly, who was last seen struggling with club fighter, Nadjib Mohammedi, has nonetheless established a solid resume of regional/national opposition.

Cleverly’s promoter, Frank Warren, is also rumored to be adding a bout between Kevin Mitchell and new acquisition, John Murray to the undercard.