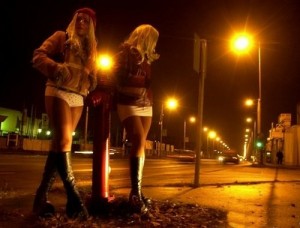 Welcome to another Monday Rant on The Boxing Tribune, boxing’s worst practitioner of social media marketing…

This week, swipes were taken at two of boxing’s biggest media voices and, along the way, we learned a few things about ego, greed, and the old boy’s code.

As reported by Tim Starks of The Queensberry Rules, Max Boxing’s Steve Kim proudly boasted of the “wonderful” gift he had been given a couple of weeks ago– a ticket to the Stone Temple Pilots concert at the Palms in Las Vegas.

Musical taste notwithstanding, the real problem with this generous present is the fact that it came from a public relations person at Showtime.

For those who are not up on the concept of journalistic integrity– taking a gift from someone you regularly have to cover is a “no-no.”

In Kim’s case, you simply can’t take a gift from a public relations person at Showtime while you aggressively bury Showtime’s chief rival, HBO. Even if this was 100% innocent and had no effect on his reporting, the appearance of impropriety is just as damaging to the integrity of the journalist.

But, again, this is boxing and we all know that this sport we love is the red light district of the sports world.

The fans have been beaten down with so many rotten decisions and sleazy dealings that Steve Kim’s love for free swag might only register as the faintest of blips on their radar. But it’s a big deal that the head of one of boxing’s biggest sites is accepting favors from a major premium cable outlet with plenty at stake in the boxing game.

The fact that Kim openly mentioned this in his column could be seen as an indication of it not being a major conflict of interest where he’s concerned. However, on the “glass half empty” side, one could also point out that someone who doesn’t see the problem with such a breach in protocol can’t have a very well-defined moral compass. And, frankly, it makes every statement he issues a little less credible and it puts every stand he takes under suspicion.

Predictably, Starks is already getting some backlash for “throwing a fellow writer” under the bus. But the question is whether a boxing writer’s responsibility is to the sport he covers or to the guys who share his occupation.

To hell with the old boy’s network! Boxing needs to start policing itself or one day we’ll find it to be nothing more than a twisted, distant memory. Reform in the ring is a tough nut to crack, but cleaning up the glad-handing shills outside of the ring is certainly within our reach. It’s a journalist’s responsibility to bring these things up, no matter how it hurts feelings or ruffles feathers.

The cure to being thrown under the bus is simple– keep your nose clean.

Also, former heavyweight champ, Shannon Briggs, ripped into ESPN’s Dan Rafael, going so far as to insinuate that the bulging bag of boxing blurbs is on the payroll of long-time boxing manager and current Chief Executive of Empire Sports and Entertainment, Shelly Finkel. Briggs even claimed that Rafael was paid to write complimentary things about him until his deal with Empire expired.

Briggs’ outrage began when Rafael publicly doubted the validity of Briggs’ lawsuit against Empire, the promotional company that worked with the heavyweight for his WBC title fight with champ, Vitali Klitschko last October.

The Brooklyn native claims that he was only paid $25,000 of a $750,000 purse, but Rafael countered the claim in an ESPN chat room with something that he “heard.”

“I don’t believe it,” Rafael wrote. “Supposedly, he got hundreds of thousands in advances, which is part of the purse anyway. Was also told he ran up something like $70,000 on his promoter’s credit card bill that they covered. But who knows the truth? That’s why a judge will decide.”

Briggs’ accusations may very well be the ramblings of a jilted ex-fighter, but if there’s even an ounce of truth in what he claims, Rafael needs to go. Of course, as in all questionable dealings in boxing, the truth will never come out because the art of douche-baggery in the world of professional prize fighting has been well-practiced and perfected over the years. Nothing is traceable, nothing can be proven.

Making the assumption that Rafael is innocent until proven guilty of that charge, his online ethics still need to be called into question for the back-handed way he gives credence to blatant rumors in his writings– One of his favorite tactics being to make a bold, blatant, unsubstantiated statements and then add a quick disclaimer at the end. He’s done it twice this week.

First, he went public with the “Mayweather wants $100 million” story despite no verifiable proof, other than Bob Arum’s word. Rafael got around that detail by adding the “if it’s true” tag line to a piece that made several mentions of Mayweathers “demand.” (That article has since disappeared from the ESPN boxing site)

Now, there’s his statement about Briggs nickel-and-diming his purse away, followed by a quick: “but who knows the truth?”

At best, Rafael is intellectually dishonest with the way he makes his points. At worst, he’s purposely trying to shove unsubstantiated rumors into his work to push along some agenda.

The equivalent would be for me to say, “I hear Dan Rafael likes Scottish Sheep Porn…but who knows if that’s true?” If I carried the weight that Rafael does (no pun intended), those little asides would mean something. Like it or not, but by being associated with ESPN, Rafael bears a greater burden when it comes to integrity.

However, like Steve Kim, another “big boy” in the industry, Rafael doesn’t seem to care. The rest of the media is reluctant to burn any bridges, and the fans, who depend on the media to tell them the truth, will never get the real story.

Thank God the rest of the media sees me as an insane blogger who just wants to fight all the time…I’m a terrible schmoozer, anyway, and more of a shit-kicker than gracious gift-taker.

You can email Paul at paulmagno@theboxingtribune.com, follow him on Twitter at www.twitter.com/boxing BTBC or check him out as he performs his one-man, off-Broadway play: “Leon Spinks, We Hardly Knew Ye.” Paul is a full member of the Burger King Kid’s Club.