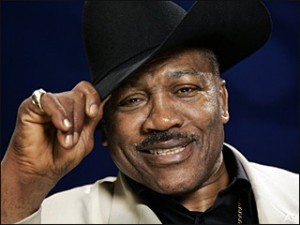 Two documentaries chronicling the lives and accomplishments of heavyweight champs are set to be released in the coming weeks.

Joe Frazier: When the Smoke Clears takes a look at the former heavyweight champion of the world as he struggles to handle the cold reality of today while still dealing with the demons of his past.

Set in the crime-ridden Philadelphia neighborhood that has housed Joe Frazier’s Gym for over four decades, the documentary chronicles the effort by Frazier and his son, Marvis, to keep gym alive in rough economic times. Part boxing gym and part sanctuary for troubled youth, Joe Frazier’s Gym has become a landmark to fight fans as well as those young people looking for a way out of poverty and hardship.

There will be a sneak preview of the film on May 5th at The School of Visual Arts Theater in New York, NY. Further information is available at : www.joefrazierfilm.com

Also set to be released is a documentary simply titled: Klitschko.

The feature film is based on the lives of Wladimir and Vitali Klitschko and it will explore the brothers’ emigration from their native Ukraine to Germany as well as their rise to the top of the heavyweight division as the first brother duo to ever hold world heavyweight titles simultaneously.

Klitschko will have its world premier at the Tribeca/ESPN Sports Film Festival (April 20-May 1), a showcase for independent feature-length sports documentaries. For more info on the festival or the Klitschko film, specifically, visit: www.tribecafilm.com.