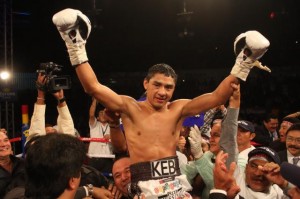 Hernandez, whose only two career blemishes have come in the flyweight division, is the WBC’s #1 contender at jr. flyweight.

Keb Baas and Hernandez previously met in 2008, with Hernandez scoring a fourth round TKO.