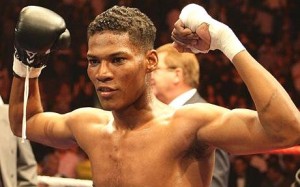 Andrade, who will be competing in his 3rd straight 8-round bout, and 7th overall appearance on Friday Night Fights, plans to graduate to 10-round bouts by the end of 2011. In his 2nd fight of 2011, Andrade is looking to get past Bell and move up the ranks. Bell’s lone defeat came by way of a first-round knockout loss to Keith Thurman in 2008.

After a shocking first-round knockout victory over Amir Khan in 2008, Breidis “Khanqueror” Prescott failed to capitalize on the lightweight division, dropping consecutive decisions to Miguel Vazquez and Kevin Mitchell in 2009. Following 2 wins over pedestrian competition, Prescott is looking to make his mark on the jr. welterweight division with a win over the once-beaten Jargal.